To coincide with the announcement, ABORTED have confirmed their first single in partnership with NUCLEAR BLAST titled ‘Infinite Terror’ that will be released on October 19th.

END_OF_DOCUMENT_TOKEN_TO_BE_REPLACED

Hey all, here are few lines for the third day of Brutal Assault, the festival in the heart of Europe, Czech to be more precise. We start to feel tiny tired due getting to sleep very late, or soon? Hah! Still, here are some lines and pics and another shall follow for sure. No rest for the wicked!

Start of a day was in the name of fun! Excrementory Grindfuckers was on of the first band playing, and surely they had fun on big stage as the fans had. Later on Czech death metal band Godless Truth showed us their more musical aspect on death metal with their technical approach and more modern vibe.

Another great death metal kicked our butts with energy is Baest from Denmark. Guys got full attention and their extremely live appearance recharged us, no matter how destroyed and tired we were from the previous day. From the same genre a bit later we have seen the legends. Gorish Aborted and later on, on the same stage, Cattle Decapitation presented their album Death Atlas and played some songs from older albums too. I am tiny sad The Kingdom of Tyrants has not been among these, but what can you do. The set was intense and brutal as always with their great combination of death metal, black and grindcore. Asphyx from Netherlands, Blood Incantation is another notable death metal music playing on Thursday.

As the thrash metal dudes, Lost Society and Onslaught were both on main stages and made us mosh and stage dive as crazy! Various forms of black metal were divided into 1914, Necrophobic and for me, especially the Sweden Valkyrja, which was top notch stuff full of extreme power, even when played quite a bit after the midnigh!

Many of us were curious how Cradle of Filth will be. I have to say, Dani Filth did not disappoint with his vocal, considering he is no longer a youngster. Other musicians of this UK/CZE object performed flawlessly too. Long live the king! Especially King Diamond and his Mercyful Fate. For many of us the was the most awaited concert of the day. The show was intense and another candidate for highest pitched vocalist of the festival with Dani Filth. The Theater aspect and mask were nice, same with the music of course!

Conjurer and Skepticism, who closed the festival did it with grace and roses brought calm peace, tho with heavy sound of course. before most of us came to the bed. What a great day! Stay tuned for another info.

Belgium’s most infamous death metal crew ABORTED present their second unholy single “Drag me to Hell” of their forthcoming album “ManiaCult” which will be released worldwide on September 10th, 2021 via Century Media Records.

The band comments: “Alright alright! It’s good old Jack Burton here, and he’s got one thing to say: get ready for the boom stick! We have such sights to show you—or rather sounds to play you—with the next single from ‘ManiaCult,’ “Drag Me to Hell.” Trust me, you’re going to want to click that button and spread it before Wayland comes for YOU!

END_OF_DOCUMENT_TOKEN_TO_BE_REPLACED

Extreme Metal band Aborted have announced the Hell Over Europe Tour for 2021. Taking label mates Hideous Divinity as well as The Acacia Strain, Benighted, Fleddy Melculy  and Cult of Lilith with them.

Check out the full tour dates below:

END_OF_DOCUMENT_TOKEN_TO_BE_REPLACED

“Alright cool cats and kittens! The release of ‘La Grande Mascarade’ is upon us! To celebrate this unholy event we figured we would launch a streaming video of ‘Serpent of Depravity’ for you all. Probably one of the most technical tracks we have ever written and quite the rollercoaster making one wonder all but ‘where is Carol Baskin’s husband, really?’ Well ladies and gentlemen, all we can tell you is just like tiger feces, this song reeks of brutality! If you haven’t gotten a copy of our new EP and want to support you favourite idiots, do so on the link below:

END_OF_DOCUMENT_TOKEN_TO_BE_REPLACED 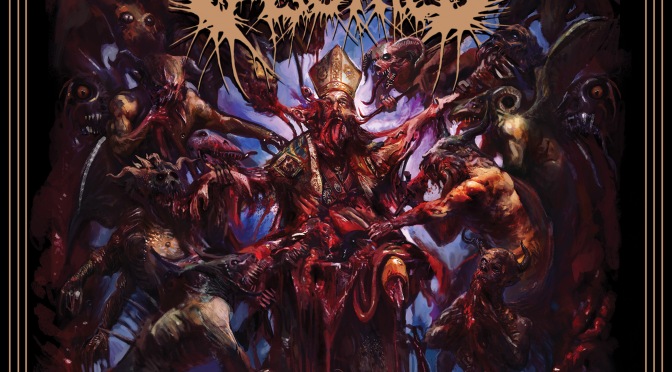