MNIUM GATHERUM have just released their brand new single “Blade Reflections”. It is now available on all streaming and download platforms and will also be featured on a limited Edition Omnium Gatherum / Skalmöld split 7inch, which will be available on the upcoming “Arctic Circle Alliance” European Tour (see below for all dates).

You can also watch a lyric video for “Blade Reflections” here:

END_OF_DOCUMENT_TOKEN_TO_BE_REPLACED 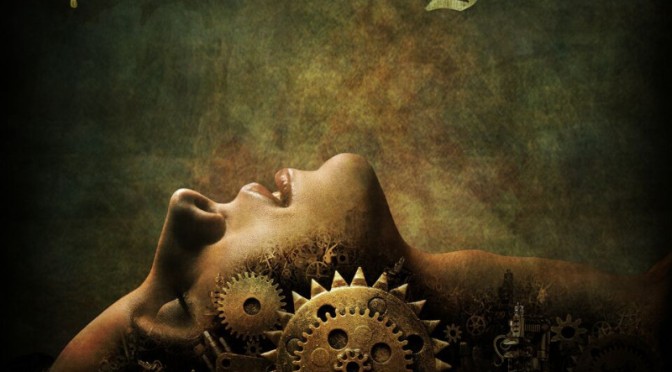 Brighton metallers Bleed Again are ones to watch and have had an exciting and busy year so far, so I caught up with vocalist James Dawson to talk about all the major milestones for the band recently, such as signing to American label Sliptrick Records, releasing their debut album ‘Momentum’ (which was mastered by Acle Kahney of TesseracT), recent tours and their massive album launch show with Brutality Will Prevail and Raging Speedhorn and more, as well as looking at what lies ahead for this fresh upcoming modern metal act.

Firstly how did you arrive at the band name Bleed Again?

We wanted something that represented bring back the past, reliving the bad times and learning from them. The funnier answer is after shortlisting a few, we then would check MySpace ( Old Skool ) to see if any of the name had been used. Until this day, I think we are the only band called Bleed Again.

You recently released your debut album ‘Momentum’ through Sliptrick records, how exciting was it to finally release your anticipated debut?

Very, Very exciting. Me and Simon wrote the first song for momentum in August 2015. We had the whole thing finished by April 2016 and filmed the music video for ‘Walk Through The Fire’ that month, so for it to take another 13 months to be released was frustrating, but very exciting once it finally came out in May of this year. So much was going on behind the scenes i.e the label interest, and we had to take our time to make sure we were making the right decisions.

You signed with Sliptrick records earlier this year, what has the experience been like so far?

Really good. What we found with Sliptrick is that they were experienced and focused. We had a pretty strong idea of how we wanted to push the band further and they were open to any discussions about the finer points of the contract so it became and kind of win win for us and them. Everything they said they would do, they have done. We can’t ask for more than that.

What was it like working with Acle Kahney of TesseracT who mixed and mastered the album and how did you end up working with him?

It was great. Our drummer Russell has his own studio which we have always used to record, and he is constantly finding out who is doing what when it comes to Mixing and Mastering. Russell is a big Tesseract fan and was aware the Acle Mixes/Masters most of their records and they always sound incredible. We contacted him and he was happy to take part. He was so open with us and was always happy to help, perhaps beyond his professional responsibility’s. We were quite fussy when it came to the mixes and as soon as he knew what we were after he really went to town on the songs. He even added bits to make the songs on the album fit better together and I really feel his personal stamp is on the record and we couldn’t be happier about the final outcome.

Can you tell us a bit about the main themes and influences that run through the album?

The main theme on this album is to look after yourself. Anything that ever gets in your way of achieving goals in life, needs to be dealt with personally. I’m fortunate to have a wonderful family, a wife and so many friends around me. However when the shit really hits the fan, it’s only you that can get you out of that situation. It’s about believing in yourself, and trusting your decisions. Another thought I always had, and will always have, is that we should use our experiences in life to help others. Whether that will be friends, family, loved ones or your own children. There are some political points on the album also. Everything I have said has been about a specific point in my life, and I’ve tried to turn that into something more accessible for the listener, with an overall positive vibe.

What was the writing and recording process like for your debut?

Stressful. I can’t thank Russell enough for the time and effort he put into this record. He spent 5-6 evenings a week after working full time, making sure this was something we were going to be proud of. Every member of this band stepped up their game compared to previous EP releases. I took a step back on this album compared to our old CD’s. I used to be there for every single part of it and really stick my nose in. With Momentum, we all wrote this album. Rather than always be at the studio telling everyone what I thought sounded better, I just looked forward to hearing rough mixes and listening to everyone’s personal stamp on each song. It gave me so much more inspiration when it came to vocals, to know that I was putting words on top of songs that each member was already really happy with.

You have just finished touring with Death Remains, how was it for you?

Incredible. We have done three tours now and several weekenders, and I feel blessed that all of them have been with such nice people. Death Remains are an incredible band, fact. Their new album Destroy/Rebuild is insane. We have never done nine shows in a row before and it was a massive learning experience for me as far as keeping my voice strong. It took lots of water, lemon tea Vocalzone etc but I got there. I remember a few years ago talking to a friend of mine and asking how he managed to do a 45 minute set and sound as good at the end as he did at the start. He just said practice and care. For a good 18 months I have really been trying to look after my voice and when we finished this tour, i just realized I did nine shows in a row and held out. I got a long way to go but I’m happy with my progress. Some of the shows on this tour were quiet, and some of the shows were surprisingly busy, so all in all it was a fantastic time with great people, and more importantly we got to play our new songs to new people.

On May 6th you had your big album launch show hosted by Mammothfest UK with Brutality Will Prevail, Raging Speedhorn and more, how did it go and what was it like playing alongside them?

It was definitely one to remember. The bands we had on the top of the bill are serious bands, they know their shit. It was a brand new venue to us and I don’t think we felt as comfortable as we have at some other places in Brighton, but when the lights changed and we saw 300 odd people watching us and our local fans going crazy down the front, we felt right at home. The whole day was an amazing atmosphere, so many friendly faces all getting along with each other. There was so many Bleed Again T-shirts and Hoodies I was really quite humbled, and I won’t ever forget that day.

You are heading out on your own headline tour in July, how excited are you for this?

Really excited. It’s nice to know that when you have finished one tour, you have another round the corner. Were lucky enough to have As Flames Rise with us and were sure it’s going to be a fun five days. We’re playing brand new venues to us so that gives us a chance to make some new fans.

You also have some festival appearances coming up, including playing the new and first Amplified Festival UK in July, how does it feel to be playing at the first event and who else are you looking forward to sharing the stage with?

This is a show I have been looking forward to ever since we got booked. Our first outdoor festival on the second stage is amazing. I get to see Puddle Of Mudd for the first time which should be cool. I remember playing their album on repeat whilst trying to complete Driver on PS1.

You are then appearing at Mammothfest UK again in October on the main stage, how does this make you feel to be local favourites and to be regulars at the festival, and what can attending festival goers expect from your set?

Mammothfest is huge in Brighton. If you’re into Metal and live within 20 miles, you’ll likely be there. We had the most incredible response last year. People literally lost their minds during parts of our set and we really felt we had made a name for ourselves in Brighton after that show. To be main stage this year is an absolute privilege. We will have some much more room on stage, and the crowd will have so much more room for partying with us. They can expect epic singalongs, circle pits and walls of death, ya know… all the fun stuff.

Since starting out you have supported the likes of Soil, Darkest Hour and Devil Sold His Soul, what was this like for you and who else would you like to support in the future?

Supporting Soil was likely the highlight of my music career to date. I went to my first gig at The Concorde 2 in Brighton when I was 16 and saw Amen. From that point I knew I had to play that stage, and many years on I got to look out at 300 plus people at 7.15 on a Tuesday night and realise that is where I felt most at home. Meeting these bands and seeing them all back stage is a pleasure. You realise that they are all regular people, and more often than not, very polite and complimentary of your music. It naturally makes you up your game, almost reach your potential. I like the pressure and thrive of the bigger crowds. The goal for supporting would be someone like Killswitch Engage in the UK or anywhere haha. They have influenced me so much and are such normal dudes that I think the entire experience would be incredible.

We have two more music videos on the way, and possibly another tour towards the end of the year. Apart from that its gig gig gig and get this album out to as many people as possible so that when album two comes around we may really be able to take flight towards some amazing experiences.