After losing two editions of the festival due to Covid-19, DESERTFEST BERLIN is going to strike back next year and just revealed the first 25 names for their eclectic line-up and 10th anniversary edition in 2022!

Alongside headlining bands such as ELECTRIC WIZARD and Berlin’s very own KADAVAR, 2022 will see high class acts such as WITCHCRAFT, ORANGE GOBLIN, Desert Legends Brant Bjork and Nick Oliveri with their new outfit STÖNER, YOB, TRUCKFIGHTERS, ELDER, MY SLEEPING KARMA, 1000MODS, the return of the mighty UFOMAMMUT among many more renowned as well as up&coming bands storm the stage of DESERTFEST BERLIN!

END_OF_DOCUMENT_TOKEN_TO_BE_REPLACED 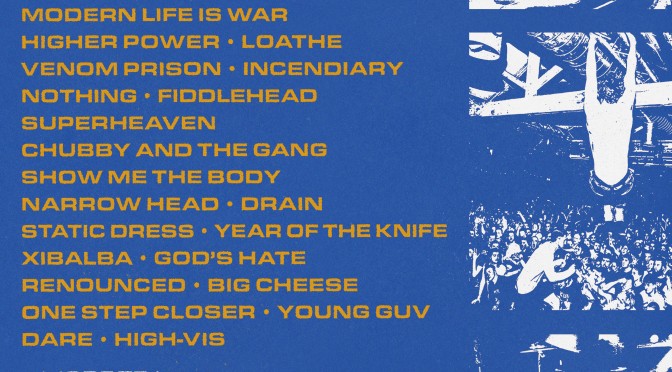 OUTBREAK FEST have announced the annual pre-fest show for Thursday 23rd June which will see co-headliners STICK TO YOUR GUNS + COUNTERPARTS playing at BEC with SEEYOUSPACECOWBOY and STATIC DRESS.

The pre-show will go on sale at 10am on Friday 17th September
Tickets will be £15 for Outbreak Fest 2022 ticket-holders and £25 general sale.

END_OF_DOCUMENT_TOKEN_TO_BE_REPLACED

Download Festival, the world’s premier rock event, has announced 20 new bands for 2022, including the mighty A Day To Remember, Shinedown, Black Veil Brides, Mastodon, Code Orange, Ice Nine Kills, Creeper and more. They join the already stellar line up, headlined by KISS, Iron Maiden and Biffy Clyro. The three-day festival takes place on 10-12 June 2022 at the spiritual home of rock in Donington Park, Leicestershire. September is the last chance fans will be able to purchase Early bird tickets  – with prices increasing from October 1st – fans are encouraged to secure their weekend and instalment plan tickets now and join the celebratory return of the full scale Download Festival they know and love. downloadfestival.co.uk/tickets.

END_OF_DOCUMENT_TOKEN_TO_BE_REPLACED 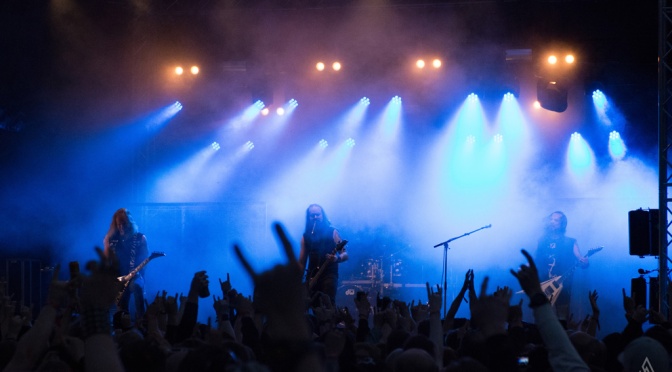 How amazing it was to be back at a festival! Saarihelvetti, once again, provided us with a much welcome break from isolation and gigless existence as it did last summer. Aside from the bands, and seeing old friends, the crowd was the highlight. They brought the proper festival atmosphere.

In previous years, when bigger festivals like Nummirock and Tuska happened regularly, Saarihelvetti had a different kind of feel, it was a bit more of a “local” happening, without the craziness and hype the bigger festivals brought. But these past few years, when gigs and festivals have been scarce, that energy and mood exploded all over Viikinsaari and Laukontori in Tampere. “Festival Life” was everywhere , in every form, from the extreme industrial goth fashion to the goofiest costumes one would never expect to see at a metal festival (not to mention the creativity of “masks” were impeccable!). From stuffed animals to corpse paint, from hazmat suites to animal onzies, it was hard not to be distracted by the crowd when watching the gigs!

I had been getting to Shereign as they released singles over the summer and was really looking forward to seeing Sara perform this new music style, their “best gig so far!” as the joke goes since it was the first and only gig (at least for a while, due to Sara’s pregnancy). On that note, one of the cutest things that happened at the festival (aside from at least one proposal on Saturday) was someone throwing a bunch of stuffed animal toys on stage during Shereign (presumably for Sara’s tiny human-to-be).

I didn’t have much expectations for Tyrantti but their show was very memorable. They were a perfect fit to open the festival on the main stage and warm the audience up… remind us what live music is about and get everyone back in the mood for the atmosphere we crave every summer.

Also, I had seen Finntroll many times before so I felt I knew what to expect and haven’t familiarized myself with their newest albu myet, but I had forgotten how fun their gigs are to watch and photography although they did seem to have a bit of the gigless corona stiffness, it wore off after a while and was easy to get back into the swing and conga-line of the music!

Swallow the Sun, well, what can I say. I can’t seem to go a year without seeing them, they’re like air. Just the beginning of their gig was breathtaking. They used “Sininen Uni” as an intro. It took hold and calmed the audience down for the more melancholic set of the day, and as the song faded in ghostly distortion, and the first notes of “The Giant” began, chills shot down my spine and I was almost paralyzed for a good portion of the song. Ok, disclaimer, this band means a lot to me so yes, lots of emotions and larger than life feels…. but anyway. Aside from that, As soon as Mikko walked out I had to chuckle as his pink shirt with a unicorn and “pessimisti” in bubble letters took a sardonic poke at the melancholy and intense emotions I was overcome with… but they are just too damn good. They could all be dressed as pink unicorns and they would still be able pull off the doom and gloom they are known and loved for. I had to noticed how raw Juha’s performance was, in his movement, in his face, he seemed completely present whether he wanted to be or not and it made my heart ache in every way.

I had seen Ember Falls for the first time at this same festival in 2016 and looked forward to their bright red aesthetic and dancey industrial vibe, but holy crap were they more than I expected! They seemed to have matured so much since the last time I saw them but still maintain the vibe I was looking forward to. I think they are one of the more underrated bands in that genre and hope they get more exposure! Looking forward to seeing them again soon!

Satan’s Fall was also a pleasant surprise, I’m not so into their style of music but the gig was much welcome in the Saarihelvetti lineup. A bit different vibe than the other bands but it tied the day together nicely.

And then there was Vorna, the best act on the second stage, unsurprisingly (and as unbiased as I can be). They are always a crowd favorite and you can never fail to see in the fans how much their music means to them. This year, in place of the blazing sun of last summer, came clouds and rain… but it only enhanced the beauty in their melancholy and made the gig even more special and unforgettable. The rain did not deter the audience for a moment, they stayed getting drenched to watch the gig, and it made for an incredibly epic show !

Although the bands seemed a bit stiff to start due to lack of gigging, ultimately you could tell most were enjoying hitting the stage again . As enjoyable as the festival was, they were still able to maintain a strict hold on mask wearing and safe distances when possible, providing sanitizer and face masks to everyone and keeping the boats as limited as possible. My only complaint was that there was no dry place for media to tend their work/gear as all the indoor/covered areas were open to the public and mediated with restrictive occupancies and we were not allowed in the VIP or back stage areas with only media passes. Hopefully next year we won’t need such restrictions but if we do, just a thought to the organizers, otherwise 666/10 would recommend! See you next year! 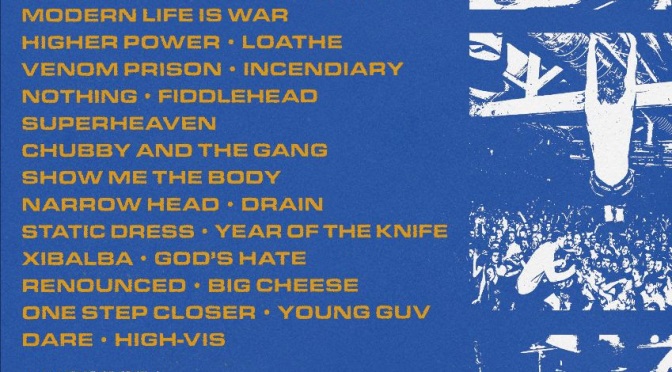 OUTBREAK FEST have today announced the majority of the incredible lineup for 2022.

TURNSTILE will join the already announced KNOCKED LOOSE as headliners at the 10 year Anniversary weekend which will take place in the new home of the Bowlers Exhibition Centre, Manchester on 24th / 25th / 26th June 2022.

END_OF_DOCUMENT_TOKEN_TO_BE_REPLACED

After the long, dark time that fans have had to go without the mesmerising beauty of Alcest’s live shows, the French duo are proud to share some great news – Alcest will support Swedish post metal band Cult Of Luna on their 2022 European tour. Alcest and Cult Of Luna will be joined on the road by Svalbard, and will be playing at London venue The Forum on 12th March. This special show will be a part of Cult Of Luna‘s self-curated Beyond the Redshiftfestival, which is returning to London for the first time in eight years!