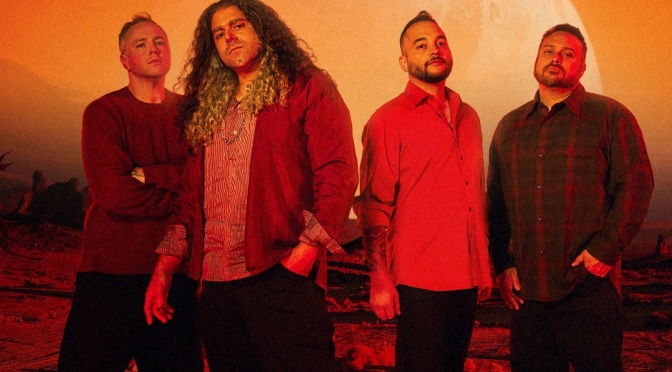 Coheed and Cambria have announced details of a massive North American trek deemed “Neverender: No World For A Waking Mind” Tour which is set to get underway this spring. The upcoming dates will see the band performing their seminal album No World For Tomorrow in full, along with a strong mix of songs from their most recent album Vaxis II: A Window of the Waking Mind.  Special guests Deafheaven will feature as support across the tour which begins April 28th at The NorVa in Norfolk, VA and continues through late May with a second leg picking up on September 6th at the Fillmore Charlotte in Charlotte, NC and wrapping up at the Hollywood Palladium in Los Angeles, CA on October 7th [full itinerary below]. Pre-sale tickets for the tour will be available beginning tomorrow, January 25th at 10:00AM local with public on sale starting Friday, January 27th at 10:00AM local. For tickets and more information on Coheed and Cambria’s upcoming live dates, visit www.coheedandcambria.com/tour.

END_OF_DOCUMENT_TOKEN_TO_BE_REPLACED 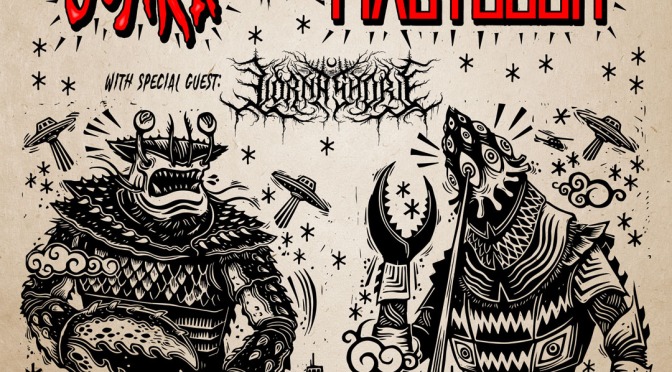 Teaming up for what promises to be an unforgettable jaunt of epic proportions, GRAMMY® Award-nominated French heavy metal luminaries Gojira will join forces with iconic GRAMMY® Award-winning heavy rock band Mastodon for a massive co-headline tour across North America in 2023. “The Mega-Monsters Tour” finds these two juggernauts taking over arenas and amphitheaters throughout the Spring and Summer, alternating closing sets each night.

END_OF_DOCUMENT_TOKEN_TO_BE_REPLACED Today marks the release of Iggy Pop’s feverishly anticipated new album EVERY LOSER on Atlantic Records/Gold Tooth Records. Hailed by the likes of NEW YORK, ESQUIRE and the ASSOCIATED PRESS as one of the new year’s most eagerly awaited releases, EVERY LOSER has been preceded by “buzz-bombing, hard-riffing rock” (NEW YORK TIMES) “Frenzy,” and more recently “Strung Out Johnny.”

END_OF_DOCUMENT_TOKEN_TO_BE_REPLACED 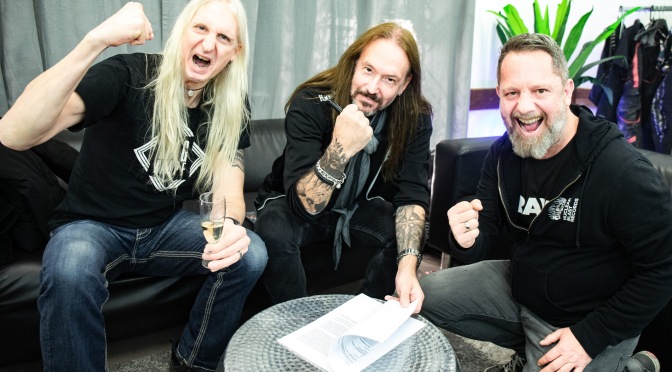 Nuclear Blast are proud to welcome back the Swedish powerhouse HammerFall who started their career in 1997 on the label with their debut album Glory to the Brave.

Their entire Nuclear Blast catalogue from Glory to the Brave to the 2014 album (r)Evolution was recently certified with a Diamond Award for over 1.5 million worldwide sales.

And there´s been even more to celebrate – following on from Renegade (2000), Crimson Thunder (2002) and No Sacrifice, No Victory (2009),their fifth studio album Chapter V: Unbent, Unbowed, Unbroken from 2005 is now their fourth album that has gone Gold in Sweden, whilst Crimson Thunder even went Platinum, celebrating over 60,000 sales in their home country.

END_OF_DOCUMENT_TOKEN_TO_BE_REPLACED

Poland’s pioneering and leading Progressive Rock band RIVERSIDE are pleased to present a second single for their upcoming studio album “ID.Entity”, to be released via InsideOutMusic on January 20th, 2023.

Check out the album’s closing track “Self-Aware” in its ‘Single Edit’ version and with an entertaining video clip directed by Marcin Zawadziński and Mariusz Duda here:
https://youtu.be/Weuo4hgVHyY

END_OF_DOCUMENT_TOKEN_TO_BE_REPLACED

Re-issued on January 27th 2023 are the official Soen-endorsed releases, bringing their entire catalogue to one label for the first time. The re-issues are available to pre-order now via D2C at soen.shop, whilst traditional retail pre-orders will be live from today, November 25that this location