Symphonic black metal formation …AND OCEANS have released the first track of their new album. “The Dissolution of Mind and Matter” was premiered on Finland’s Radio Rock yesterday and is now streaming at the official Season of Mist Youtube Channel in the form of a lyric video HERE. The video was created by Guilherme Henriques. You can read our previous interview here .

END_OF_DOCUMENT_TOKEN_TO_BE_REPLACED

Melancholic progressive metaller AMORPHIS are about to unleash their latest offering entitled »Queen Of Time« on May 18th via Nuclear Blast. The time has come to present the first taster of the band’s 13th studio album.
Check out ‘The Bee’, the opening track, here:

END_OF_DOCUMENT_TOKEN_TO_BE_REPLACED

Invictus Productions, in conspiracy with Vrasubatlat, sets April 20th as the international release date for Adzalaan‘s highly anticipated debut album, Into Vermillion Mirrors. Invictus will be handling the CD version while Vrasubatlat will be handling the vinyl and cassette versions.
INFILTRATION PSYCHOSIS // MIRROR IMMERSION
Adzalaan‘s debut LP, Into Vermilion Mirrors thrusts the project beyond a standalone solo working of R, but refocuses Vrasubatlat as a whole to accept the entity as one of the cabal’s core focuses. Into Vermilion Mirrors manages to meander across many different forms of black/death metal while maintaining a progressive edge and allowing one to delve deeper into the darkness of the sonic offering. As the 20th release of the Vrasubatlat collective, Into Vermilion Mirrors shows that the force of the group is shifting and growing stronger. Succumb to the reflection, and engage the depths.

END_OF_DOCUMENT_TOKEN_TO_BE_REPLACED 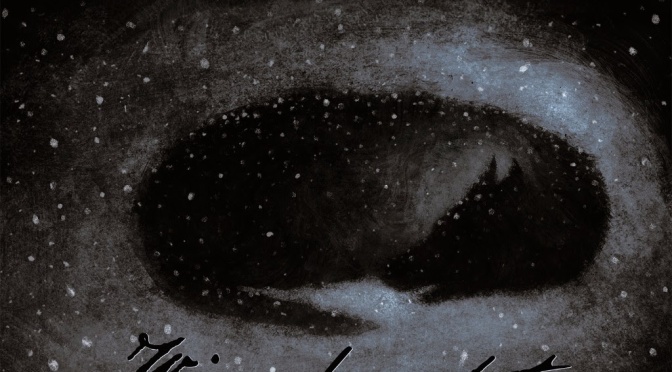 WINDSWEPT is the latest musical brainchild of Roman Sayenko. The DRUDKH mastermind is known to separate ideas that stylistically diverge from his main creative outlet into different projects such as OLD SILVER KEY, PRECAMBRIAN and RATTENFÄNGER among others.

WINDSWEPT remains relatively close to DRUDKH in comparison to other outlets of Sayenko’s inspiration as it stays within the classic expression of Ukrainian black metal. Yet ‘The Great Cold Steppe’ is deliberately kept harsh and raw, which reflects the album’s theme that was inspired by the hostile and fierce Eastern steppes during winter time.

‘The Great Cold Steppe’ was written and recorded in only three days without rehearsals and based on improvisation with instruments and vocals creating the feeling and grit of a live performance.

Better turn on the heating before listening as WINDSWEPT come in hard and merciless like a blizzard from ‘The Great Cold Steppe’.

Please note that WINDSWEPT do not give interviews, will not perform live, and do not provide pictures.

Track-list
1. Black Horizon Is the Gates of a Blizzard
2. Shrouded in Pale Shining, So Sleeps Infinite Ancient Steppe
3. The Stars Are Cold and Indifferent, Sow Their Gleaming Ashes
4. The Great Shepherd Rides His Storms
5. Blinding and Bottomless Abyss Is Howling
6. A Spiteful Wind Buries All the Lonely Whispers