After months of anticipation, Tel Aviv metal band TOMORROW’S RAIN has released their epic, debut album, “Hollow,” with AOP Records. Featuring an all star list of guest musicians from Paradise Lost, My Dying Bride, Rotting Christ, Moonspell, Septicflesh, Draconian and more, “Hollow” is a breathtaking journey into the depths of doom and darkness.

END_OF_DOCUMENT_TOKEN_TO_BE_REPLACED

INQUISITION will kick off their massive European tour in support of the American duo’s latest masterpiece, ‘Bloodshed Across The Empyrean Altar Beyond The Celestial Zenith’ tonight at the Backstage in the Bavarian capital, Munich. The US black metal trailblazers will be joined by their amazing label mates, Greek symphonic metal demons, SEPTICFLESH. 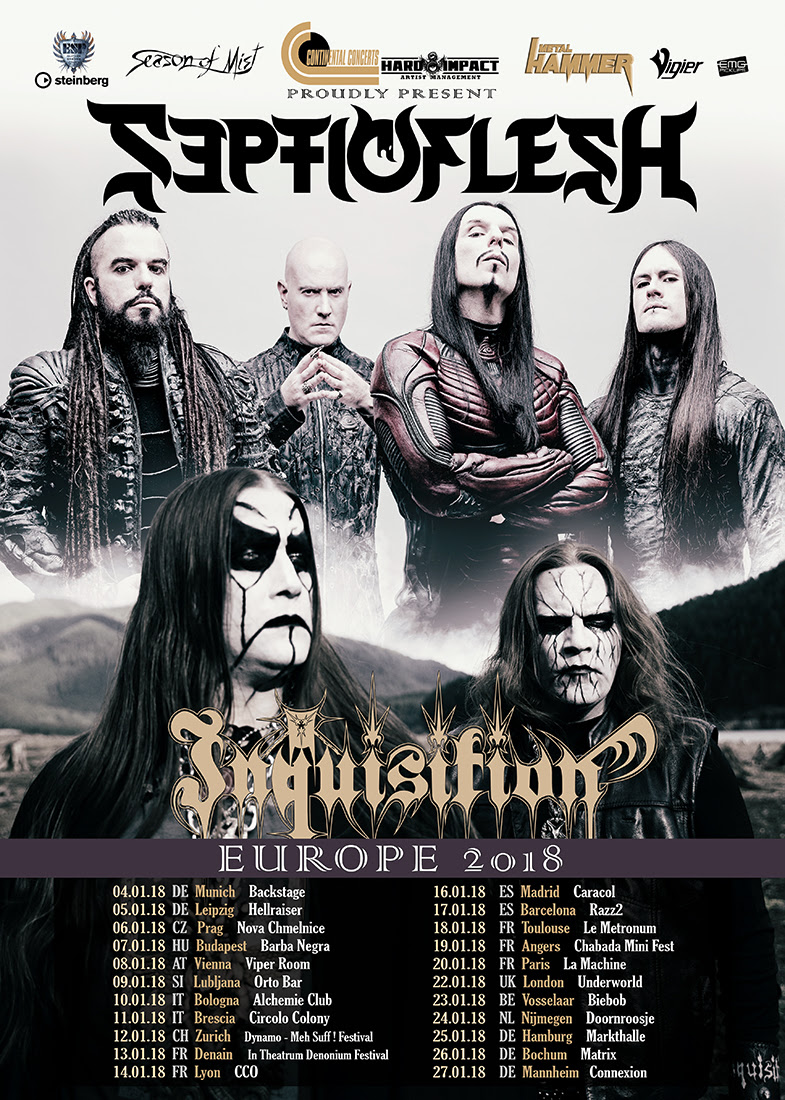 SEPTICFLESH have announced a big European tour in support of their latest masterpiece, ‘Codex Omega’. The Greek masters of symphonic death metal will be joined by label mates and American black metal trailblazers INQUISITION.

The demons of winter will first be summoned in the Bavarian city of Munich on January 4th and will continue to raise hell in 10 more countries until a final black ceremony at the MS Connexion Complex in Mannheim, Germany on the 27th of January.

On further news, SEPTICFLESH will perform in Lebanon for the first time in their career. The Greeks have accepted an invitation to play the Minus 5 in Beirut on December 2nd.