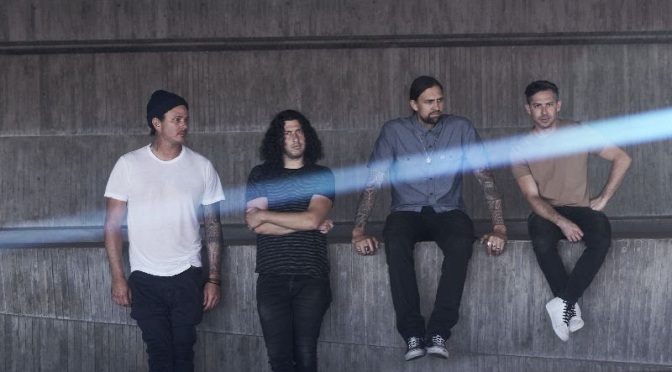 END_OF_DOCUMENT_TOKEN_TO_BE_REPLACED

The sound of steel will ring out loud and proud once again this summer, as the death/thrash/shred metal quartet EXMORTUS return to the tour trail for their first live dates in more than 18 months. As road warriors who have toured extensively in recent years with the likes of Amon Amarth, Death Angel, Abbath, Marty Friedman, Obituary and Dark Tranquillity, it was an uncharacteristically quiet period for the California-based slaves to the sword, but the band promises that their summer shows are the first of many more to come.

END_OF_DOCUMENT_TOKEN_TO_BE_REPLACED

ALICE COOPER  will make his long-awaited return to the road on a headline tour this September and October. The tour kicks off September 17 in Atlantic City and runs through October 23 in Atlanta. Original KISS guitarist Ace Frehley will appear as special guest on all shows September 18 through October 22. All confirmed dates are below.

Cooper, a Rock and Roll Hall of Fame inductee, usually spends up to six months a year on the road, bringing his iconic brand of rock psycho-drama to fans both old and new, enjoying it as much as the audience does. Known as the architect of shock rock, Cooper (in both the original Alice Cooper band and as a solo artist) has rattled the cages and undermined the authority of generations of guardians of the status quo, continuing to surprise fans and exude danger at every turn, like a great horror movie. Alice Cooper concerts remain a “not-to-be-missed” attraction!

END_OF_DOCUMENT_TOKEN_TO_BE_REPLACED

Blackened avant-gardists Enslaved have revealed the next passage in their 30th anniversary voyage. To celebrate the launch of their Cinematic Tour 2020 live album digital pre-orders, the band has premiered a live video for their single ‘The Crossing’, which captures an otherworldly performance of their classic song through a new modern lens.

Recorded on a dark day in summer 2020 at USF Verftet in Bergen, Norway, the performance is taken from their upcoming live release Below The Lights (Cinematic Tour 2020), which sees Enslaved play their acclaimed opus Below the Lights in its entirety. It is one part of their four new live album/DVD Cinematic Tour 2020 collection due to be released on June 25th.

END_OF_DOCUMENT_TOKEN_TO_BE_REPLACED

L.A.’s WITHERFALL are celebrating the release of their new album, “Curse Of Autumn”, with the launch of another cinematic video for an edit of the epic “… And They All Blew Away”. The video was directed by Brendan McGowan and produced by Zev Deans: https://www.youtube.com/watch?v=sHbotmVnFlE

END_OF_DOCUMENT_TOKEN_TO_BE_REPLACED

See and hear a very different side of WITHERFALL by checking out the video for the highly emotional “The River”. After their homages to throwback horror with “As I Lie Awake” and “The Other Side Of Fear” the brand new video for “The River” finally shows a full band performance. The video was directed by Bradford Lloyd Cooper for Combobulated Arts Incorporated and can be viewed here: https://youtu.be/Zhy_5e_J-tY