The fourth day starts and I feel a bit tired a bit from rushing stage to stage. Slight pain in the throat does not help at all, too. But rock’n’roll awaits still.

In the afternoon, the thrash group Nunslaughter, Exhorder and the Czech Faust are worth mentioning. I was happy with the music of Benighted, which I had the opportunity to see last year as well. Their extreme action full of growling and pig squeals was satisfying as usual.

From the modern and more progressive side, bands like Aviana, Stake, Humanity’s Last Breath, Frontierer played early. Another less metal, more hardcore (kinda) was presented by Comeback Kid and Sick of It All or fusion of styles by Stake.

Stake, Humanity’s Last Breath, Sick of It All

Outside of black metal, I was looking forward to doom performed by Swallow the Sun. Again and as always, nice performance. The sad melodies dug into us damn deep. Maybe even more so, when we watched the lead guitarist Juho Räihä. He seemed crazy thin to me…

I was preparing for blackness again. Mainly Abbath and Panzerfaust from Canada. I saw the guys a few months ago in Czech club. The music was good, but because of the (in)correct lights and smoke, everyone saw complete crap the whole concert… At the Brutal Assault, it really bothered me that many bands of similar genre overlapped at the same time… Was it like that last time too? I do not even remember due covid break. Now it was very frequent and I was quite sad. Panzerfaust didn’t start playing until half an hour after Abbath, but that was actually even worse for me. Most of us who were at Abbath show wanted to hear the second part of the set, when they again played covers from the legend – Immortal. So I didn’t hear anything from that part… Panzerfaust showed us that their black metal is powerful and strong at least, even if there was a little too much of the fog for my taste. The „chaotic“ plucking of dissonant chords in the fast tempo and the slower passages enhanced the greatness and force the band has.

As the previous day represented the legend of King Diamond, on Friday it was the legacy of Chronos with Venom. Again, and absolute professionalism combined with a fun that was felt from the members. They kicked off the concert with the legendary song “Black Metal” and that was actually enough to give me full satisfaction. As Imentioned overlapping times of some bands, here, due Venom, I have missed Slagmaur which was playing on other side of the festival, unfortunatelly. Black metal band who closed the day of the day, was Mysticum, which was more on industrial side of the genre. Besides good music and great light show, many of us drooled on the great muscle mass of the guitarist. I think ladies had quite a hard time to keep on their legs. Stay tuned for the final day.

Extreme Metal band Aborted have announced the Hell Over Europe Tour for 2021. Taking label mates Hideous Divinity as well as The Acacia Strain, Benighted, Fleddy Melculy  and Cult of Lilith with them.

Check out the full tour dates below:

END_OF_DOCUMENT_TOKEN_TO_BE_REPLACED

The end of the year is near and here is the new dose of confirmed metal. Kings of metalcore AS I LAY DYING appears on the lineup. Next another similar act is THE AGONIST from Canada and also BUTCHER BABIES with their killing lady duo singers.

BENIGHTED are adding to the path of fast madness with brutal music. On similar note another grinders appear – EXCREMENTORY GRINDFUCKERS, but instead of serious darkness, with their humour and „dancing“ party vibe.

Black leather jacket guys with hoodies from Portland are now at Brutal Assault too. UADA is not a cheap knockoff of MGLA. Their show is far from stoick as the Poland counterpart with more active approach. Good equally, indeed. Another black metal is represented by a legend a pioneer of the genre – MAYHEM.

BLOODBATH or BLOOD INCANTATION are new death metal addition there.

Music lover can enjoy legendary DEVIN TOWSEND and will bring new album to the festival.

Brutal death metal rulers ABORTED have released a brand-new video for their song ‘Fallacious Crescendo’, taken from their 2017 EP “Bathos”.

END_OF_DOCUMENT_TOKEN_TO_BE_REPLACED

BENIGHTED have announced a big birthday party for their band in Villeurbanne (Lyon) on May 5th. The French death grind extremists will be joined by many special guests.

Vocalist Julien Truchan comments: “We will celebrate 20 years of BENIGHTED  with a special show at the CCO in Villeurbanne, Lyon on the 5th of May! We hope that you can make it and bring along all the craziness that you are capable of! We have prepared a very special setlist and invited many dear friends to join us on stage like Niklas from Shining, Sven from Aborted, Arno from Black Bomb A, and also  former members of the band! We will record this show to be a part of our Anniversary EP, which will be released later this year by Season of Mist! Come and join us and let’s make this an unforgettable party!”
END_OF_DOCUMENT_TOKEN_TO_BE_REPLACED 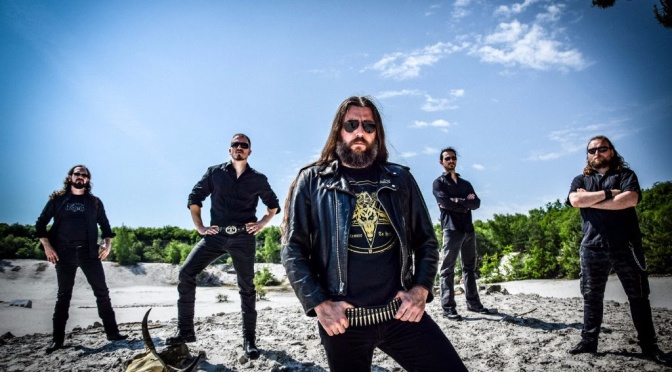 Season of Mist are proud to announce the signing of IMPUREZA. Not counting the compilation of earlier material, the Spanish flamenco death metal extremists will release their sophomore album via Season of Mist.

Regarding their signing, IMPUREZA comment: “We are extremely proud to announce that we have inked a deal with Season of Mist, one of the most influential metal labels ever. This is a great chance to become part of the Season of Mist family and their prestigious roster including such favourite of ours as MAYHEM, ABBATH, ROTTING CHRIST, BENIGHTED, INQUISITION, SHINING to name but a few. We greatly thank them for the trust that they are giving our project. This is a huge opportunity for us to introduce our cultural roots and musical concept in the beautiful language of ‘Don Quixote’ author Cervantes to the world!”

Founded in 2004, IMPUREZA are playing Hispanic Extreme Metal. For more than ten years, the French-Spanish band has been pioneering their unique style, which combines Iberian soundscapes with a solid base of death metal.

The traditional part of their musical heritage is expressed through means such as the use of acoustic folk guitars, flamenco rhythm patterns, and exclusively Spanish lyrics. This concept derives from the interest of founding member Lionel Cano Muñoz and his “compañero” Esteban Martín, who are both of Spanish origin and draw inspiration from their identity.

Esteban Martín adds his multiple vocal facets that range from death metal growling to clean singing inspired by the sadly late gitano-legend CAMARÓN DE LA ISLA among others. In a similar way, Lionel Cano Muñoz shifts between the aggression and power of his 7-string electric guitar and the intricacy of the Spanish flamenco guitar. This is backed up by Florian Saillard, who complements the electric string section with his 6-string bass and the flamenco parts with an acoustic bass guitar. Even more string power is added live by rhythm guitarist Olivier Hanoulle. Last but not least, drummer Guilhem Auge is perfectly complementing the band with his unique rhythm patterns and Hispanic groove.

IMPUREZA have been amused to find the nickname “French Nile” being attached to them at times for combining the ferocity of death metal with “exotic” sounds. The band’s influences range from BEHEMOTH and MORBID ANGEL to PACO DE LUCÍA.

The Spanish-French outfit quickly gained a reputation of an excellent live act, which was well earned by capturing audiences across Europe alongside acts such as GOJIRA, SUFFOCATION, CATTLE DECAPITATION, and BENIGHTED as well as performing at prestigious festivals such as Hellfest, Motocultor, and Wacken Open Air – the latter as winners of the W.O.A Metal Battle France.

IMPUREZA first created a buzz within the underground metal scene by the release of three demos ‘Y Correra Tu Sangre’ (2005), ‘Ruina De La Penitencia’  (2006), and ‘En El Desierto De La Creencia’ (2007) – all of which were compiled under the heading ‘Inquisition Demos’ in 2007 – as well as two split-contributions on the ‘Tworzenia, Resurrezione, Démence’ (2006) and ‘Reincremation’ (2007) samplers. These prepared the ground for the band’s acclaimed debut full-length ‘La Iglesia Del Odio’ (2010), which considerably widened their international following – a trend that continued with the following 2013 EP ‘El Nuevo Reino De Los Ahorcados / Leyenda Negra’.

Taking their time to refine their self-developed, unique style and to come to terms with several changes in the line-up, IMPUREZA are now preparing to spearhead Hispanic Extreme Metal worldwide. The Spanish metal conquistadors will release their sophomore album via Season of Mist. Watch this space for more news soon.