The band comment about the album as follows: “This new album is the culmination of one year working nonstop during a global pandemic. We’ve been able to get all the bad feelings and emotions lived during 2020 and transform them into something good with positive attitude; no doubt this is the best bunch of songs that we’ve ever created, full of creativity and incredible sound and production, back to the roots. If you’re with us for a long time, we’re pretty sure you’re gonna enjoy this like the first time, and if you’re new in the office, this is the best card invitation for your first contact. It’s pure power and raw energy, the most aggressive, angry and violent songs together in one straight-to-your-face album. This is hostile music for hostile times. Watch out your neck and enjoy the double AA!”

END_OF_DOCUMENT_TOKEN_TO_BE_REPLACED

Madrid based Hard Rock metallers GATE DOORS have signed a deal for the release of their album “All Our Sins” with Wormholedeath .
“All Our Sins” will be out on 19 03 2021 in Digipak format.

–..the element of surprise in this album, makes you hooked up and makes you want to keep listening. In conclusion: Listen to it… but now!

END_OF_DOCUMENT_TOKEN_TO_BE_REPLACED

Spanish Modern Metal act Flames At Sunrise have signed a world wide publishing deal with Wormholedeath Records.
The band’s debut full lenght “Born In Embers” has been released last years along with 2 official music videos :“III Faces” and “Ark Flesh”. “III Faces” has  reached more than 79.000 views and “Ark Flesh” was listed as one of the best Spanish video clips of 2017 from “METAL ESPAÑOL”.

END_OF_DOCUMENT_TOKEN_TO_BE_REPLACED

What you get when you put together the Horror show, fairy tales and symphonic metal? The answer is a spanish symphonic metal act “Light Among Shadows”.

The time has come that the Light Among Shadows have just released a new album called Under the Waves. The album has been recorded and produced in the south of Spain and it features Maria Barragan as the lead vocalist for the band. The album is already available  on Spotify and iTunes

Check out the the video for “In the Dark of Dreams” below.

END_OF_DOCUMENT_TOKEN_TO_BE_REPLACED 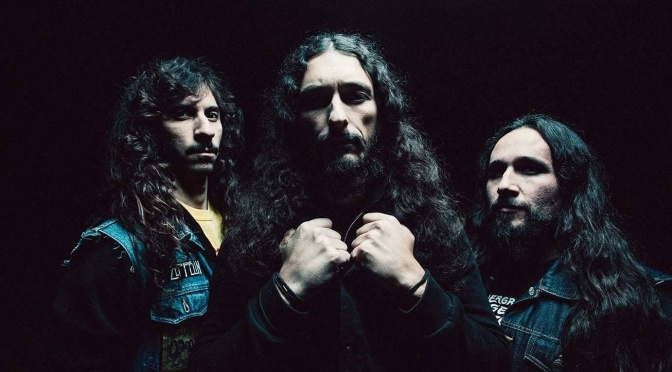 After two LPs and one EP acclaimed from the underground scene, several European & Iberian tours and sharing stage with bands such as BARONESS, GODFLESH or A STORM OF LIGHT, spanish stoners AATHMA releases in 2017 a new opus entitled “Avesta”.

Now, the band has announced the release of a new live video for the track “Mithra”, an eight minute opus recorded at the release show of “Avesta”, which you can watch below.

The album is available on vinyl and CD by the independent labels Underground Legends Records, Sacramento Records, Cosmic Tentacles, The Braves Records, Odio Sonoro, Lengua Armada, VZQ & Aladeriva Records.
This new effort has been recorded live & mixed by Carlos Santos (TOUNDRA, ADRIFT) and mastered by James Plotkin ( SUNN O))), ISIS).
The brilliant artwork has been created by Robert Hernández, one of the greatest tatoo artists worldwide who is also a fan of AATHMA.
https://www.youtube.com/watch?v=e1LI0MjYdvU
Upcoming shows: