Since forming in 2013 UK label Blackbow Records has continued to release music created and appreciated by those who worship tone and riffs. Now in 2021 they are set to continue this trend with a new split LP of pure heaviness from Belfast based, sludge-juggernauts Slomatics alongside the blistering and crushing sounds of Ungraven. With 3 new tracks from each band the split is set for release on 5th March.

END_OF_DOCUMENT_TOKEN_TO_BE_REPLACED

“This is a concept album about absolute cold revenge by being used as the devil’s puppet” Craig Rossi says. “How much revenge is too much? Do two wrongs make a right? When all of that rage, adrenaline is gone and there’s nothing left, can you feel normal again? Was it all worth it?”.

The first single “Death From Above” can be heard below accompanied with a lyric video. The track can also be downloaded from the band’s Band Camp page (link below)

END_OF_DOCUMENT_TOKEN_TO_BE_REPLACED

Praised by Rolling Stone magazine as “One of the Top 10 bands you need to know in 2017” for their “debaucherous, flamboyant flair,” Santa Cruz is a Finnish modern hard rock band formed with the mutual aspiration of playing their rear ends off and grabbing your attention. Inspired initially by the likes of Motley Crue and Guns N’ Roses, the young group developed a strong buzz through stupefying live shows and two well-received albums on Spinefarm Records where they took their throwback hard rock sound and combined it with elements of modern rock, punk and metal, put it in their own special blender, then iced the mix with blinding energetic performances and a healthy dash of attitude.

“We are really excited to start working with M-Theory Audio, and be part of a new label and new team!” explains Santa Cruz singer Archie.

END_OF_DOCUMENT_TOKEN_TO_BE_REPLACED 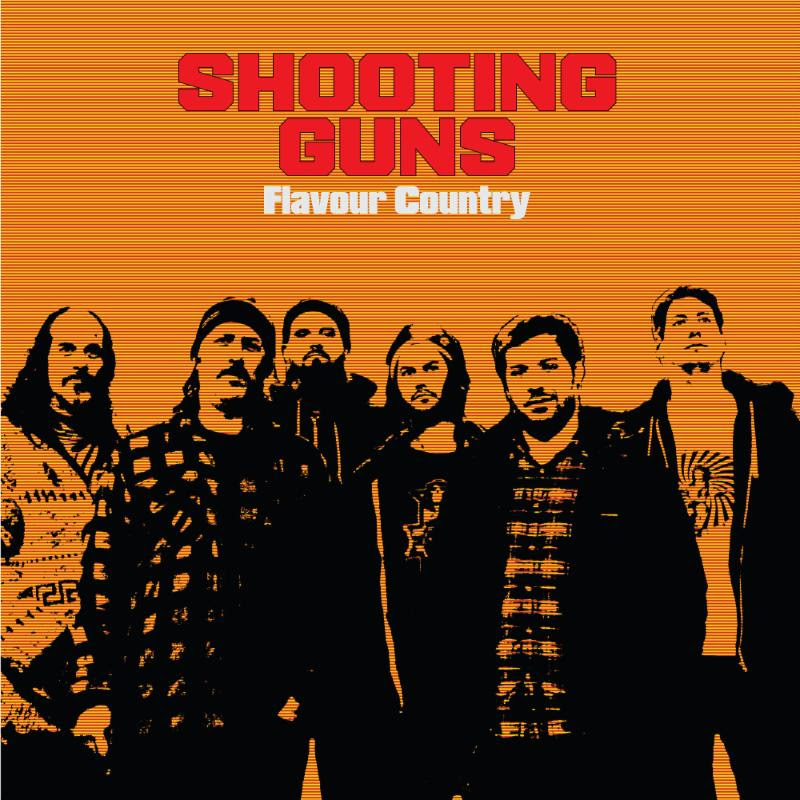 Shooting Guns is known (and oft-nominated) for their film soundtrack work, but Flavour Country is more like a collection of anthems for your jettison from this universe into the multiverse.
While they’re known for heavy and saturated sounds befitting crazed horror-comedy flicks like Netflix hit WolfCop, Flavour Country features some of the band’s fastest, heaviest and most visceral material to date. Yet, it also features some of the band’s most atmospheric sounds as well.

At times there are slight hints of Ennio Morricone‘s Spaghetti Western twang amidst the looping Meddle-era Pink Floyd heavy psych and driving drone reminiscent of Bobby Beausoleil‘s belladonna laced soundtrack to Kenneth Anger‘s Lucifer Rising. But for the most part here, Shooting Guns is out for blood, regardless of tempo.

Album opener “Ride Free” kicks off with a blistering wall of guitars blaring and rattling out of the gate like mutant progeny to fellow Canadian biker-rock heroes Steppenwolf having duly fired all of the guns, exploded into space and returned to hunt down every last one of us. It accelerates from there: “French Safe” sounds like an unhinged battalion of musicians driving full throttle like a scene from a George MillerRoad Warrior movie. Biting, lengthier tracks like “Simian Shelf” and the title track occupy the heavy end of the psychedelic spectrum, haunting the foggy moor between early, bluesy Sabbath-styled doom riffery and heavy pulse-riding kraut-rock.
END_OF_DOCUMENT_TOKEN_TO_BE_REPLACED