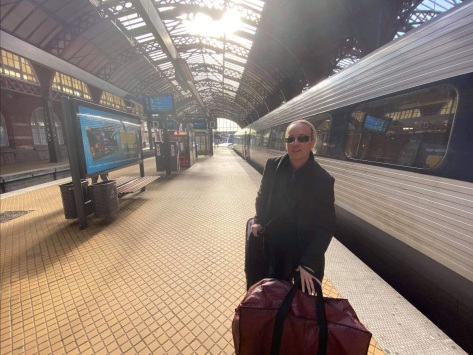 Sweden’s finest modern metal heroes AMARANTHE have entered the studio in Denmark to start working on the recording of their new album – just one hour before the Danish borders were closed!

The band, now in quarantine, states: “By now, some of you know that we will start the recording of our new album today, Monday 16th March. It is an odd feeling to continue operations while large parts of the world are on lockdown, and the music industry is suffering greater than most other businesses – but we find it extremely important to soldier on, as we refuse to be beaten by this disease. It also means that we are effectively isolating ourselves, as everyone should as much as possible. We were set to travel to the studio on Sunday 15th, but as the Danish government decided to close their border with only a few hours notice, we had to make a very sudden and daring escape from Sweden into Denmark, ending up at an utterly deserted Copenhagen train station about one hour before the lockdown. We were quite literally the only ones making our way INTO the country, while everyone else was trying to get OUT. As you can no doubt imagine, people think that we are mad. Many of you are now in voluntary or involuntary isolation, and we will try our best to entertain you with regular updates from the studio! The album, already in this early phase, is something we feel incredibly strongly about, and we think you will no doubt know what we mean when you get to hear it later this year. Stay safe, wash your hands, keep your distance from the elderly and the sick – spread the love, not the virus!”

END_OF_DOCUMENT_TOKEN_TO_BE_REPLACED 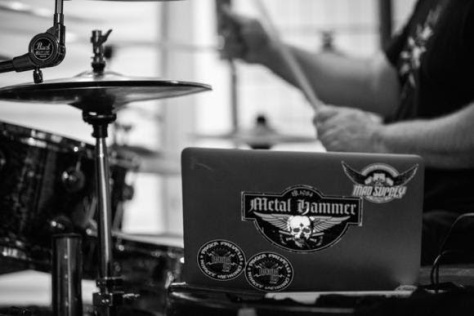 Finland’s foremost melodic deathsters INSOMNIUM have begun recording their 8thstudio album, as drums are being nailed at SF Studio with engineer Kimmo Perkkiö. Afterwards the work shall continue at Teemu Aalto Music Productions in Kotka. Jens Bogren will do the mix at Fascination Street Studios in Sweden.

“Again when the days grew darker and the nights became colder, our path led into the dark. We checked-in to our traditional forest cabin-hq in the southern Finland for a new material rehearsal camp and (un)reality-check. We came out with 10’ish songs full of that good ol’ Finnish melancholy, sorrow & misery and now it’s time to wrap it all on tape for you peeps to hear ’em. Cannot wait to start the studio process and let the creative processes go up-and-down again!” comments guitarist Markus Vanhala.

END_OF_DOCUMENT_TOKEN_TO_BE_REPLACED

Chart-breakers and Germany’s most successful metal band POWERWOLF are heavily back at work on their seventh studio album. Set to be released in 2018 on Napalm Records, POWERWOLF have finished the songwriting for their follow-up album to „Blessed & Possessed“ and will enter Fascination Street Studios in January to record the album together with producer Jens Bogren (Arch Enemy, Amon Amarth, Kreator and many more).

„It feels exciting and spurring to have one of our alltime fave producers working with us on this adventure. Can’t wait to record a truely epic new chapter of the metal mass – be forewarned!“ comments guitarist Matthew Greywolf.

END_OF_DOCUMENT_TOKEN_TO_BE_REPLACED

BARREN EARTH: GEARING UP TO HIT THE STUDIO AND TRACK A NEW ALBUM!

Vocalist Jón comments, “We are working towards a darker and more aggressive feel, which we attempt to express both experimentally and with a good dose of blunt force!”

Bassist Oppu adds, “The melodic and melancholic side is naturally still there, but spiced with a touch of anger and groove. I’m also looking forward of working with Victor, since we all appreciate his previous work. It also is the first time Barren Earth works with a proper producer, and are very excited about the idea of bringing somebody else into the mix and seeing where that takes us.”

This is how V. Santura comments on the cooperation: “I am really excited about working with Barren Earth! The guys are fantastic musicians and the demo material I’ve heard so far sounds very promising.”

BARREN EARTH recently returned to Finland following a hugely successful European tour with INSOMNIUM to begin finalizing the arrangements for the yet untitled 4th album.

VALLENFYRE: IN THE STUDIO!

Crusty Death/Doom outfit VALLENFYRE have returned to GodCity studio in a frozen Salem, MA to record the follow up to their second album “Splinters” (2014). The new album will be entitled “Fear Those Who Fear Him” and sees the band recording as a three piece for the first time.

Gregor Mackintosh comments: “12 songs. No samples. No triggers. No bullshit. Instead you get crucifyingly loud amps, ferocious drumming, and vicious vocals spitting out hate and venom. Raw honest brutality. No conformity. No compromise. A murderous nightmare vomiting poisonous bile onto a twisted world. Yeah, that’s the bits I like…”

The track listing is:

Acclaimed shows to audiences across Europe and America in support of their celebrated second album “Splinters” honed the band into a bludgeoning live beast, and their ferocity in cohesion fuels this new album, which pushes their extremities of sound to wildly intense new levels.

“Fear Those Who Fear Him” will be released by Century Media Records this summer 2017.

ALESTORM  TEMPORARILY DOCKS TO HIT THE STUDIO TO WORK ON FIFTH ALBUM!

“Ahoy humans! We are very thrilled to announce that we have entered the studio to record our fifth full-length album, entitled “NO GRAVE BUT THE SEA“!

We will be spending the next month at Alpaca Ranch Recording Studio in Orlando, USA, with producer Lasse Lammert once again at the helm. This will also be the first full release featuring our grandiose guitarist Máté Bodor!

This is the point where we would usually tell you this album is going to be darker and heavier than our previous works, but that’s probably not true. It is, however, full of epic songs about pirates, drinking, and pseudoscientific cryptogeography.

We’ll have a bunch more updates for you over the coming weeks and months, including the album cover, track list, release dates, and more!”