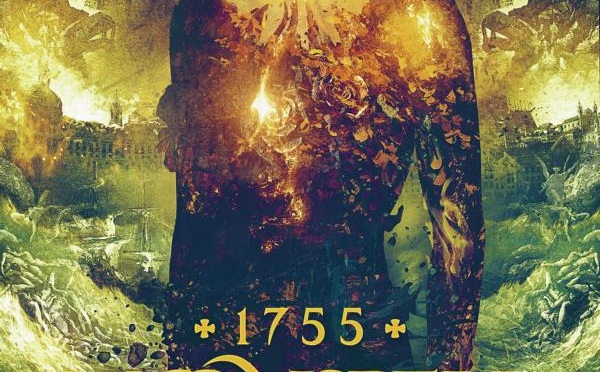 There’s only one metal band that is able to hit official album charts on #1 in their home country Portugal, while they belong to the worldwide pioneers of dark art: Naturally and for the first time ever, MOONSPELL‘s brand new album ‘1755‘ comes and is sung in portuguese. Set for release on November 3rd 2017 on Napalm Records, this record will outclass all standards you have ever heard from MOONSPELL before!

The conceptual album dramaturgy feels like a detonation of the mind. ‘1755’ , the 13rd studio record by MOONSPELL, is more than just the band’s new magnum opus: It’s the musical version of the year of horror where a giant earthquake wrecked their hometown Lisbon.
‘1755’ is a dark adventure in medieval landscapes – emotionally, technically and completely earthshaking!

Now the band premieres a new lyric video for the song ‘Evento‘ ( english: ‘Event’ ), vocalist Fernando Ribeiro informs us: “Bury the dead. Take care of the living”. Is one of the most famous quote of Marquis of Pombal (Sebastião José Carvalho e Melo), the minister of the King who together with the crowds of Lisbon and his engineers rebuilt a new Lisbon from the ashes and ruins of the old in just one year time. Event talks about fate, a dialogue built between the narration of the day and the state of mind of Lisbon’s inhabitants and the all powerful choir telling me to be still and accept God’s will. This conflict and the desacralisation of Lisbon is one of the most interesting aspects of this accursed day. A fight that allowed Portugal to step out finally from the Middle Ages and make the country’s entry into Enlightenment.”

END_OF_DOCUMENT_TOKEN_TO_BE_REPLACED 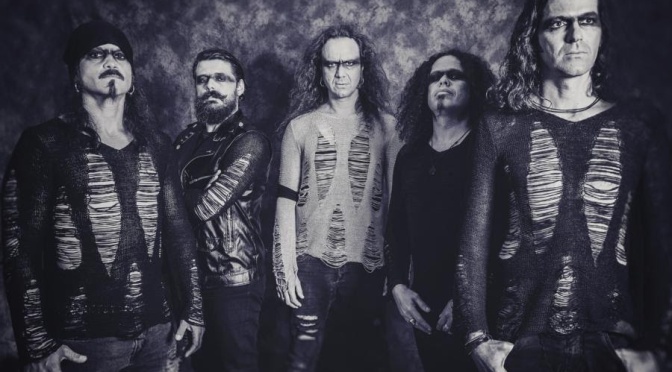 Portugal’s Dark Metal pioneers MOONSPELL are back with their brand new and hotly anticipated album, titled ‘1755‘. Set to be released on November 3rd 2017 on Napalm Records, this record will outclass all standards you have ever heard from MOONSPELL before!

The conceptual album dramaturgy feels like a detonation of the mind. ‘1755‘ , the 13rd studio record by MOONSPELL, is more than just the band’s new magnum opus: It’s the musical version of the year of horror where a giant earthquake wrecked their hometown Lisbon. Naturally this album comes and is sung in Portuguese. ‘1755‘ is a dark adventure in medieval landscapes – emotionally, technically and completely earthshaking!

Now the the band unleased a first teaser for the track ‘Todos os Santos’ (Engl.: ‘All Saints’), check out this exciting trailer and pre-order ‘1755‘ right HERE!
Stay tuned for an upcoming and official music video, which will be released very soon.

Says frontman and creative spirit Fernando Ribeiro:
“Even tough this all happened in 1755, there are still a lot of world and country leaders that think themselves as saints, with a sacred mission, chosen by any God. What really happens is that they save no one but themselves and this video showcases the message of the song: as in 2017 or 1755 all saints will not be enough to save us.”

END_OF_DOCUMENT_TOKEN_TO_BE_REPLACED

NAPALM RECORDS, MOONSPELL and Alma Mater Records (band’s owned label) are proud to announce that there will be three shows in Portugal for the release of MOONSPELL’s new album ‘1755‘: a concept album, sung in Portuguese, about the Great Lisbon Earthquake, of 1755.
They will have a double date hometown- show in Lisbon where you enjoy the band’s annual Halloween party as well as watching the show. On the 1st of November MOONSPELL will take the event to the city of Porto, as part of the ‘1755‘ first three announced dates:

These very special gigs will be produced by the band themselves in partnership with Alma Mater Records and in collaboration and with total support from their main label Napalm Records.
At the shows you will have the chance to buy the upcoming record exclusively and straight from the band and watch them destroy Lisbon and Porto. The ticket holder will get a free CD or vinyl edition (first 500 tickets, the edition will be signed by the band!). The new album ‘1755‘ will hit the stores on the 3rd of November in Europe via Napalm Records. Presales will be announced soon, but you can already get your ticket to Lisbon and Porto right now!

More info about tickets, reservations and information at:
www.letsgo.pt

„On these shows we’re gonna play 1755 in its entirety but also recover some obscure stuff we haven’t been playing for many years.

1755 is a poetic, musical and philosophical reflection of the band about the tragic event that took place on the 1st of November of 1755 in Lisbon, decimating the entire city.

It’s mostly a Metal record, with vibrant riffs, epic orchestration and vocals and lyrics which invoke the agony of that day. The band was also concerned in recreating the end of the 18th century Lisbon and there will be lots of fusion, percussion and a melodic approach to that time and to the atmosphere the great city of Lisbon enjoyed back then.

There will be ten powerful, surprising songs that echo remotely to some of Moonspell previous efforts like Under the Moonspell or alpha Noir. But make no mistake! This is MOONSPELL as you never heard them before, with the fire of their native Language Portuguese and 900 years of History to unveil!

An historical, rigorous, serious, artistic record. A black beast from Portugal that the Metal scene so craves for.“