SUICIDE SILENCE p osted new conceptual music video for ‘Dying In A Red Room’, which is taken from off the band’s highly acclaimed, new full-length self-titled offering and  as of today is available everywhere on Nuclear Blast Entertainment.

The highly anticipated WARBRINGER album Woe to the Vanquished is set to be released on March 31st 2017 via Napalm Records.

After having previously released the first music video for the track “Silhouettes”, it’s time to fire another shot from their upcoming release!

Singer John Kevill states on the track premiere “Shellfire”:
“As we near the release of our fifth record “Woe to the Vanquished” we want to show you guys something that will blow some heads off. We wrote this song with the intention of it being the fastest Warbringer song to date, which it is. The music, composed by Carlos Cruz, is a ripping bombardment of riffs and rapid-fire fills with a crushing detonation of a middle section. The lyrics, inspired by the seemingly endless battles on the Western Front of World War One, are full of anger, bitterness, and sheer horror, as day after day after day, week after week, the guns never, ever stop. Play it loud and take cover!“

So take John’s words and play it loud and take cover with the audio premiere for “Shellfire” Here!

Want to get a look behind the scenes of the recording process of Woe to the Vanquished? The band has released a special extended making-of the album video. Check it out here:

Woe to the Vanquished has been carefully crafted over a period of time, the album was produced and mixed by Mike Plottnikoff (Fear Factory, In Flames), mastered by Howie Weinberg (Slayer, Pantera) with cover art by the esteemed  Andreas Marschall (Sodom, Blind Guardian, Obituary).

Pre-order your copy of Woe to the Vanquished at the Napalm Records Webstore HERE! 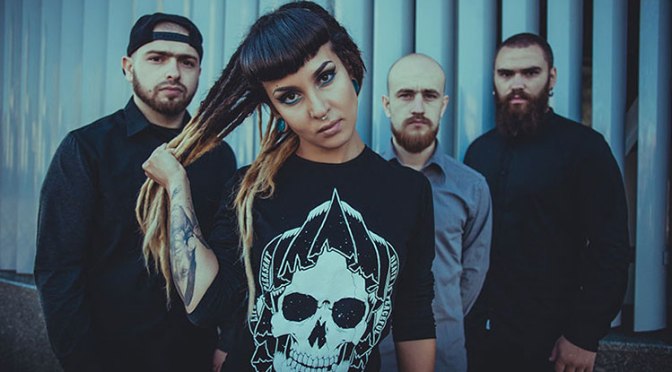 JINJER are already widely known as being Ukraine’s best-kept extreme metal secret! Now it’s time to bring this highly addictive dose of JINJER all over Europe with their upcoming headlining tour dates in March & April!

But before that, the band has a tiny little something for you: A brand new lyric video for the track “Captain Clock” off of their latest album King Of Everything! Enjoy the stunning Groove Metal clip Here.

Says the band:
“With this video we wanted to make people pay more attention at our lyrics and ideas we put into it. A lot of messages we have are very important and even private. Captain Cloack is a sort of a manifest about our own lives, because we are constantly on a rush and it seems there is always a lack of time.

The upcoming “Against the Stream” tour in March, April and May will be something extraordinary. We will play several songs from the previous album “Cloud Factory”, and one of them is “Bad Water” which we performed live only once in Kiev. Moreover we have made several changes in other old songs, to make them sound even better. And of course we will play KING OF EVERYTHING! We cannot wait when we finally set off on the road.” 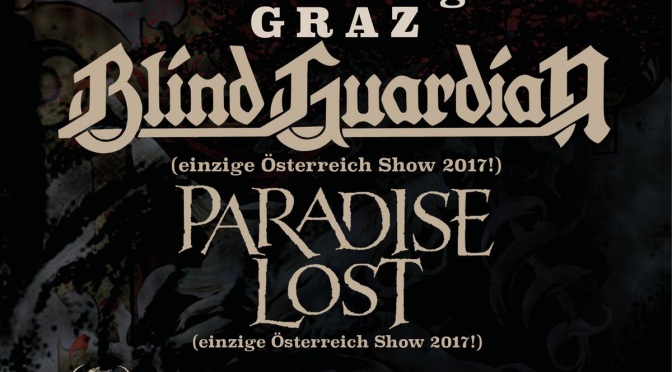 After having already announced a whole load of stunning bands for the Metal On The Hill festival line up, it’s time to round up the bill with another heavy name on the festival!

DAWN OF DISEASE’s sound is determined by abrasiveness and melody, where subliminal harmonies and killer riffs are accompanied by rapid blastbeats and pounding doublebass. Tomasz’s vocals are a cross between dark growlings, aggressive screams and in-your-face shouting. Although a big number of typical Swedish elements can still be found, DAWN OF DISEASE are more than able to add an their own style beyond these bounds and are ready to enthrall Metal On The Hill Festival!

Headliners BLIND GUARDIAN and PARADISE LOST will find their way to Graz for a very special and exclusive Austrian show in 2017! Irish Pagan Scottish Pirate Metal PRIMORDIAL, Scottish outfit ALESTORM, Melodic Metal conjurers INSOMNIUM, Pagan giants ARKONA and Brazil`s tribal female thrash power trio NERVOSA will be on the bill performing exclusive Austrian festival shows as well. ROTTING CHRIST will bring the black cult to the hill with a very special old school set and popular Symphonic Metal acts SERENITY and VISIONS OF ATLANTIS will round out the bill together with EBONY ARCHWAYS and PAIN IS, both local metal band hailing from the Metal On The Hill hometown Graz.

NAPALM RECORDS and it’s own booking department NAPALM EVENTS have awakened all of Austria from its slumber and are ready to host another heavy festival weekend both days in Kasemattenbühne at the most popular and picturesque open air event location “Schloßberg”.

The first official festival trailer has already been unveiled. Don’t miss out and get in the right METAL ON THE HILL mood HERE:

VIP tickets are already sold out! Get your tickets for METAL ON THE HILL 2017 here:

Modern purveyors of old-school death metal, GRUESOME, have announced a new EP entitled Fragments of Psyche. The EP further continues the band’s homage to the legendary band Death and offers a glimpse into the next era of GRUESOME. Fragments of Psyche is due out March 31st on CD/7”EP/Digital via Relapse Records and features a two-song slab of Death Human-era worship including a brand new studio track with special guest drums from Sean Reinert (Death, Cynic) along with a “Humanized” reworking of Death’s classic track “Choke On It” off of their second album Leprosy. The CD and digital versions include 5 deliciously raw, bonus demo tracks of the band’s first ever recordings!

Physical pre-order and bundles are available via Relapse.com HERE and digital downloads can be pre-ordered at Bandcamp AT THIS LOCATION. 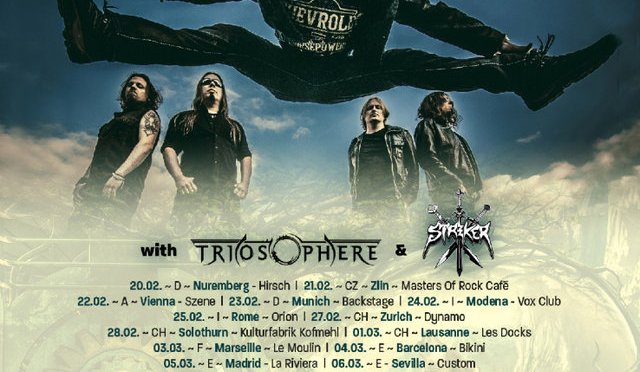 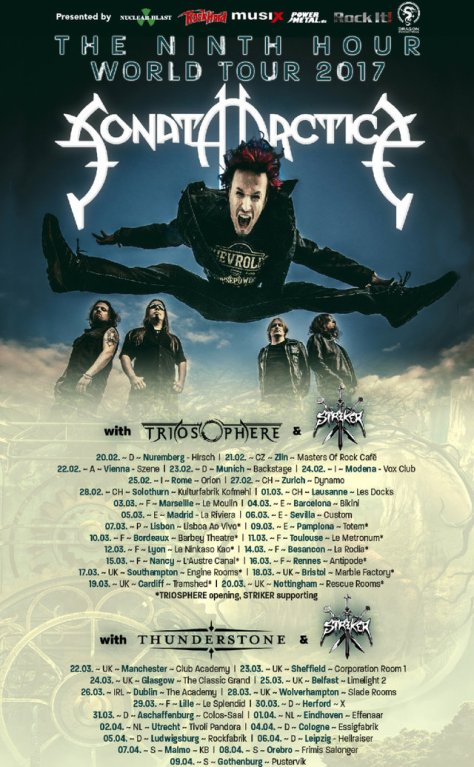