Polish black metal formation MEDICO PESTE are now revealing the cover artwork and tracklist of their upcoming album ‘ב :The Black Bile’. The new record is set for worldwide release on March 20, 2020 via Season of Mist Underground Activists.

MEDICO PESTE have furthermore released a track teaser for the song “God Knows Why”, which can be viewed at the Official Season of Mist Youtube Channel HERE. 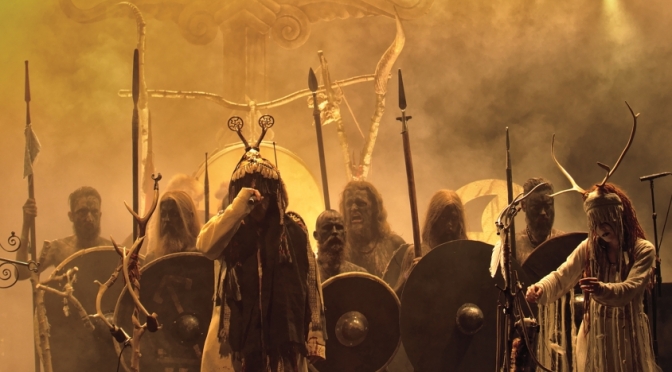 Heilung premiered teaser for their upcoming album Futha. The album will be released via Season of Mist on June 28.

END_OF_DOCUMENT_TOKEN_TO_BE_REPLACED

Seems that the TOOL has decided to fund another year in studio..or something else with their fans and offer “AN IMMERSIVE DISSECTION WITH DANNY CAREY, JUSTIN CHANCELLOR AND ADAM JONES”

END_OF_DOCUMENT_TOKEN_TO_BE_REPLACED

Swedish occult-metal band Ghost are getting ready  to release their highly anticipated new  album. They recently revealed “Cardinal Copia”, their new frontman , and now a clip of a new song clip, “Rats,” has hit the internet all over after 100.5 KTED played a snippet.

Check out the teaser below,

I have Ghost and now I have everything. Meet Cardinal Copia. New @thebandGHOST coming this week. #rats #CardinalCopia #ghost pic.twitter.com/CNbZVZR4SN

Lunatic Soul aka Mariusz Duda has announced the release of his sixth studio album, the companion to 2017’s Fractured and the pinnacle of the first decade of Lunatic Soul. Under the Fragmented Sky is set for release on 25th May via Kscope and you can watch a teaser trailer here.

END_OF_DOCUMENT_TOKEN_TO_BE_REPLACED

According to mysterious press release we have something to look forward what comes to Occult Rock and Metal scene.
“The earth is silent…for the creator rests in his horizon” declares The Celestial Sun on their official sites.
What we know about them? Not much!
Only that “The Celestial Sun” is a new theatrical occult rock act and that the sun worshipping occultists has entered the studio to begin recording the yet untitled full-lenght  debut album and the band has now posted a new mystical video trailer online called “Genesis”, which can be viewed below.
Video refers to bible (genesis 3:19) which gives us some idea what’s coming out there. (maybe? )
The Celestial Sun logo has created by the legend itself! Lord of the logos Christophe Szpajdel!
More info will follow soon. In the meantime, check out the mysterious teaser “Genesis”  and
also check out more information about these occultists at
WEBSITE: http://www.thecelestialsun.com/
FACEBOOK: https://www.facebook.com/TheCelestialSun/
INSTAGRAM: https://www.instagram.com/TheCelestialSun/
TWITTER: https://twitter.com/TheCelest1alSun
WORDPRESS: https://thecelestialsun.wordpress.com/
TUMBLR: https://thecelestialsun.tumblr.com/