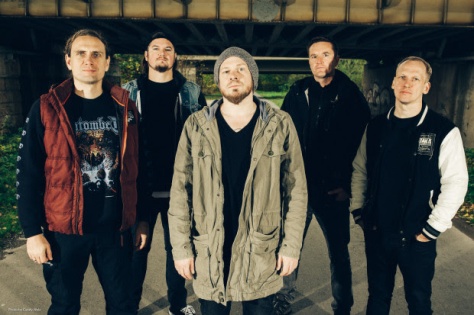 After releasing two videos for the songs “Protector” and “Weakness Leaving My Heart” taken from their upcoming album, “Of Truth and Sacrifice”, which is due for a worldwide release on March 20th, 2020, you can check out “My Heart And The Ocean (Official Video)” under the following link: https://youtu.be/c0JyybdXIPQ

END_OF_DOCUMENT_TOKEN_TO_BE_REPLACED

If further evidence was needed that Rammstein currently rank amongst the greatest bands in the world, the matter should finally be put to rest following the release of the band’s seventh album, and the conclusion of the first stadium tour round.

END_OF_DOCUMENT_TOKEN_TO_BE_REPLACED

Now RAMMSTEIN have revealed the third music video in support of their current album, this time for single “AUSLÄNDER”. The video already has approx. 4 million views. Watch it here.

END_OF_DOCUMENT_TOKEN_TO_BE_REPLACED

Century Media Records is proud to announce the signing of German death metal maniacs DEATHRITE for a worldwide deal.

Hailing from the cities of Dresden and Leipzig, the band has stirred up the cauldron of death metal quite a bit with their extremely well-received three studio albums, “Deathrite” (2011), “Into Extinction” (2013) and “Revelation Of Chaos” (2015). With heavy touring and their excellent live qualities, the four members have proven why DEATHRITE are among the most hopeful new acts of the worldwide extreme metal scene. Now they are setting their sails to conquer further shores. The band is currently writing new material for their eagerly awaited fourth studio album, which is about to be released in late 2018.