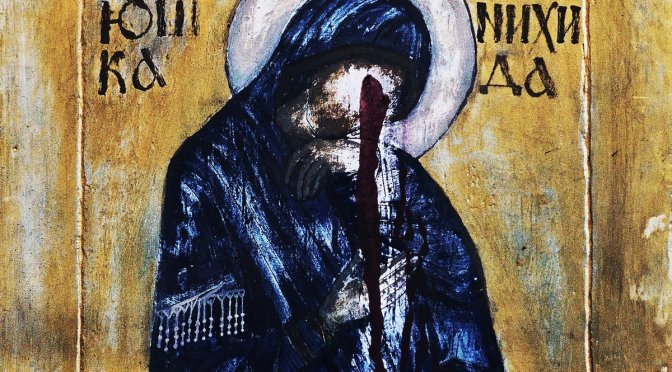 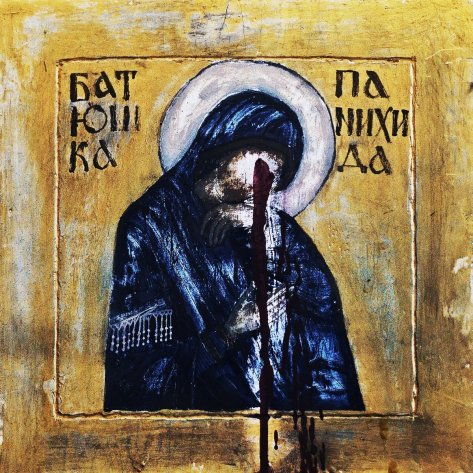 We have been covering the shocking split of Polish black metal act BATUSHKA and we were fortunate enough to get an exclusive interview with founder/creator/guitarist and songwriter Krzysztof Drabikowski back in April last year after events unfolded with vocalist Krysiuk going behind Krzysztof’s back and essentially stealing his own band from him which has led to two versions of the band BATUSHKA.

You can read the original interview from April 2019 here: https://darkartconspiracy.com/2019/04/12/exclusive-interview-krzysztof-drabikowski-of-batushka/

So following everything that has happened since I last spoke to you in April this year, we wanted to check-in and get an update to see if there are any new developments, so how is the legal case going, are there any details you can share with us at this time following the band divide?

Almost nothing happened still. Court tried to avoid reading all the evidence and sent us to do mediation first. So I had to listen to all his funny ideas to fix this situation, and I had to pretend to listen to him and take his words seriously. I didn’t want him to try to block my first Kiev show with the new album. But after that show, I stopped the mediation to make things faster. So, we will finally have a first court hearing soon, after “just” one year of waiting.

Recently it was announced that Bart’s version had cancelled all tour dates due to the legal complications. How does this news make you feel?

He cancelled it due to low ticket sales, large venues for one or two thousand people were booked and only around 40 tickets sold two or three weeks before. The same with an Australian tour and European shows. He is not very proud of it so he tries to keep it secret, and comes up with some weird “reasons”. The mediation didn’t block him at all. He can play still, but as we see, almost no one is interested. Now he probably tries to improve his PR by pretending to be sick. Because the disease causes compassion in people. They feel sorry even for bad people just when they find out that they are suffering from something. He copies everyone, so it would fit right now that he is just trying to be like his colleague who was sick a few years ago. I would not be surprised if he soon claimed that the tumour was pressing some point in his brain and orders him to be bad. Unfortunately, the only disease I would bet on is that he has stomach ulcers from the stress caused by having cheated so many people. It’s a shame he dragged my naive colleagues into it all. He ruined Batushka’s name with all those actions.

In May 2019 you released your new album titled
‘Панихида’, can you tell us about the title and meaning of it?

Панихида is a traditional funeral service in Orthodox Church. It was my idea for the album from the beginning. When someone asked about the future of the project, then I said it every time: If I ever made a second record it would be about a funeral, and now it fits perfectly to this situation as a funeral for Батюшка.

What are the lyrical themes explored?

Similar to the first album, but focused more around death.

What was the writing and recording process like, especially as this was the first release since the band split?

The whole music was composed before Krysiuk left the band. I did half of that album even before started playing the Литоургия album live. I recorded drums, bass and all guitars in my studio Sphieratz. Exactly the same where I recorded Литоургия. I waited with finishing that album, I mean with recording voices. I knew already that I don’t want to cooperate with Krysiuk on the second album, he knew that too. I postponed it until tours with Литоурлия were finished. When he quit just after the last gigs with my first album, I continued recording the Панихида album. In the meantime, I figured out that he wanted to cheat me. I was pissed but it wasn’t a strong enough reason to stop me from doing my things anyway. I started working on lyrics and vocals, then I invited people who are close to me to record their voices.

What are your main musical and creative influences currently?

It’s a difficult question for me. I don’t have any bands or even a genre of music that I like very much, or something like that. I’m a wybredna kurwa when it comes to music. I usually like only some individual, selected fragments or parts, not the whole song. I’m more inspired by my emotions, my mood, the current situation. Maybe it’s my way to escape from rational thinking sometimes, like being drunk without drinking or taking drugs. When I create something, my mind is busy with that and I don’t think about fuck knows what. Moreover, I have a lot of Eastern sensitivity in me, so I can find something interesting in very simple melodies, which may be considered banal by many of my friends. Usually, I try to have a free mind, even when I’m writing music I try not to listen to any other music. I just sit and start to work.

How did the artwork come together and what does it mean to you or represent?

It is similar to composing, I just sat and painted it spontaneously, led by my emotions. I know just what technique I should use because I did the same with the Литоурлия cover: bone glue with canvas, then chalk with the same glue as a surface primer, then egg with natural pigments. This time I did two covers because I couldn’t decide which one to use.

What has the response been like to the new material?

I usually don’t read any reviews and articles so I get only one side of feedback because I only know what people told me or wrote me directly in their emails and messages. Anyway, most of them said it’s a natural continuation of Litourgiya, but with more anger in it, which seems legit. Probably there are also a lot of people who hate it or who are not interested in my music at all.

Are they any plans to eventually tour with the new album?

Yes, I started touring, three shows are done, for now, soon there will be a February-March tour with Malevolent Creation, then some festivals. Probably I’ll also visit some countries that I have never visited before. I don’t have any pressure, I’m just playing wherever people invite me.

Has the fan support still been encouraging and supportive towards you?

Yes, a lot of people support me still and I appreciate it a lot.

Still doing my things, avoid toxic and false people, but without any specific plans. I’m still trying to stay spontaneous as much I can.

Is there anything else you would like to add?

Thank You for Your support.