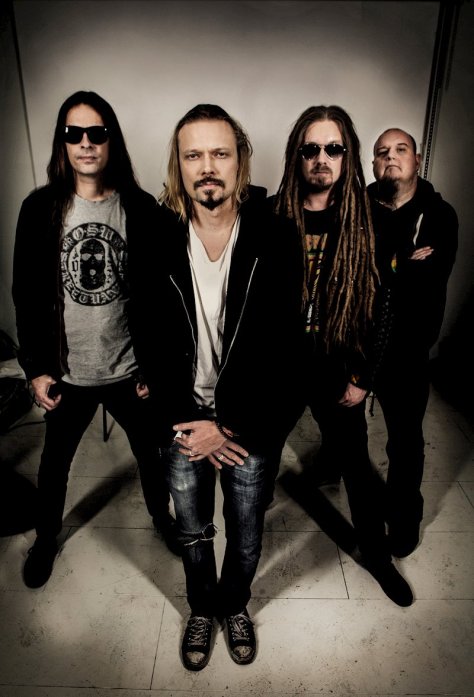 If you’ve listened to their debut album “None For One”, you probably agree that it has its Grunge-inspired moments. So it’s no wonder that FLAT EARTH wanted to add a true classic to their repertoire.

According to the band, “…we were trying out a few songs. Anthony then suggested  ‘School’ and Linde was like that’s his favourite Nirvana song. We played it once and realized that this works well for us. So we recorded it on our very first show that we ever played live together. Even if it’s not our song, the live version captures well how Flat Earth sounds.”

Here you can listen to the full track:
https://www.youtube.com/watch?v=TmibTxWnZCE

FLAT EARTH unites Mikko “Linde” Lindström and Mika “Gas Lipstick” Karppinen (both ex-HIM), Niclas Etelävuori (ex-Amorphis) and Anttoni “Anthony” Pikkarainen (Polanski) to bring a creative vision to life that points to the heyday of alternative rock, but also draws from a variety of other genres without losing the thread in-between. – Their debut “None For One” is available everywhere: https://lnk.to/NoneForOne