The band comments on the songwriting and recording process:

“We started writing ‘Atlas’ right after the release of ‘Om Generator’ to stay in the flow. Also we played a lot of concerts during the process of writing, so we were constantly playing the old songs live while we were writing the new material at the same time. We realized that the live feeling is an essential part of our music, so we decided to record the whole album live altogether as a full band in the studio.”
END_OF_DOCUMENT_TOKEN_TO_BE_REPLACED

ROTTING CHRIST and CARACH ANGREN have updated their extensive European co-headlining tour, “Rituals Amongst The Rotten” in January and February 2018. The Greek veterans and Dutch masters of horror metal will be joined by French blackened death outfit SVART CROWN.

END_OF_DOCUMENT_TOKEN_TO_BE_REPLACED

Why Download Festival UK Is Not To Be Missed!

So the time is almost upon us for the UK’s biggest and loudest rock festival, Download Festival. Taking place this year on the 9th-11th June, there are plenty of highlights across the weekend…

System Of A Down Return To Headline First Day

System Of A Down make their return to Donnington, with this marking their third appearance, having played as headliners back in 2005 and their reunion show in 2011. Now is a great time for them to headline again, following rumours of a new album which in turn hopefully means they are coming back for good in a long time scale. There is no other band that sound like System Of A Down and they are known for their high-octane and energetic sets previously, and will surely treat us to some new songs on the main stage, as well as their unique mental metal offerings, such as the ever popular ‘Chop Suey’, ‘Toxicity’ and ‘B.Y.O.B’ to name but a few. They will have the crowd going wild and is the perfect way to kick off the first day and close it!

Aerosmith To Play their final UK performance At Download

These American rock legends impressively have been going since 1970 and have in that time achieved so much, playing countless tours and festivals, releasing fifteen albums and earning the title of ‘America’s greatest rock and roll band’. Unfortunately, it had to end sometime, and this show marks just that for the UK, as part of their farewell tour in Europe. They have played Download a fair bit, but this will probably be by its very nature their biggest and best yet, as they need to go out in style after all. They are bound include their classic hits such as ‘Dream On’, ‘I Don’t Want To Miss A Thing’, ‘Walk This Way’ and ‘Crazy’. You would be mad to miss this momentous goodbye.

Piratical masters Alestorm who hail from Scotland are bringing the shenanigans and the party to Download, as they are known for their fun party drinking vibes with their brilliantly absurd and random songs about pirates. This will without a doubt be one of the funniest and merriest sets of the whole festival, especially as this is their first venture at Download. They have just released their new and potentially best album yet with their fifth release ‘No Grave But The Sea’. Luckily the new album has some instant crowd favourites to grace us with such as singles ‘Mexico’, ‘Alestorm’ and their most ridiculous song ever ‘Fucked With An Anchor’ with lines such as “Fuck you, with a fucking anchor, you’re all cunts so fuck you all!” which is perfect for the crowds to singalong too, along with their classics such as ‘Drink’ and ‘Keelhauled’.

Of Mice And Men Play First UK Show Without Austin

Following the sad departure of vocalist Austin Carlie, the band vowed to carry on and prove that they are still going strong with their new track ‘Unbreakable’. Now with bassist Aaron Pauley as the main vocalist, making the transition easier and familiar, Download will mark their first UK show without him, so it’s a special and big moment for both the band and fans. 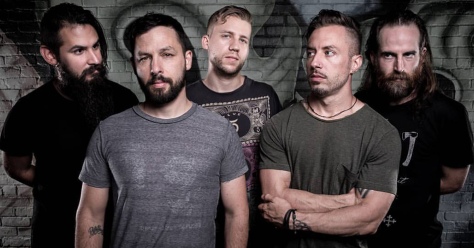 Modern metalcore act The Dillinger Escape Plan are unfortunately calling it quits after a long twenty-year career. They have made quite a unique impact on the scene since their formation. They have been known to cause controversy at live shows and festivals in the past, and combine that with the fact Download Festival will be their final show ever, it is not to be missed and is certainly a way to go out with a bang! 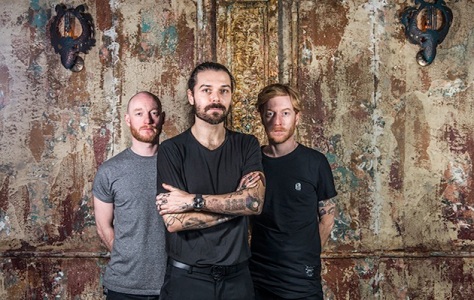 The Scottish rock trio will play their first ever headline slot at Download Festival. They are known more for their mainstream rock and last year co-headlined Reading and Leeds Festival UK with Fall Out Boy and now they are breaking more boundaries. With Download, I’m sure they will be bringing their heavier offerings to the set list and will go out of their way to make sure this is a special headline set that will be remembered.

American rap rock super-group which consists of members of Rage Against The Machine, Public Enemy and Cypress Hill formed last year and are making their Download festival debut, with a sub-headline set nonetheless. Expect to hear the biggest songs from each member’s band. Many bands are influenced by politics and their hatred of the system, but Prophets Of Rage formed solely for this purpose and with an election taking place the day before on June 8th and events like Brexit and the happenings of Trump, they will have plenty to rage about.

Lots of New Upcoming Bands To Check Out

There are so many new and upcoming bands on the bill, with acts such as Creeper, Hacktivist, and Northlane making their main stage debuts and giving them the chance to share the stage amongst the heavyweights. Whilst elsewhere over the weekend Greywind, The One Hundred, Blood Youth and much more are playing. There are too many new bands to list in fact! So make sure you go and check them out and discover some awesome new music, festivals are the perfect platform for this!

So these are just some reasons why Download Festival is the place to be on 9th-11th June!

The Acacia Strain have announced new album ‘Gravebloom’ out 30th June via Rise Records which is available for pre-order here.

Listen to new song ‘Bitter Pill’ taken from the upcoming album here or by clicking the image below. 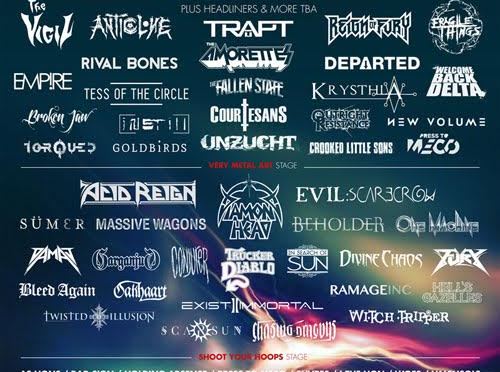 What? Amplified is an exciting new three-day rock/metal festival featuring a top quality line-up of chart-topping artists, breaking new bands, great food and drink, and excellent amenities.
When? 21st – 23rd July 2017
Where? Quarrydowns, between Northleach and Aldsworth, in Gloucestershire.

Amplified Open Air is an exciting new three-day rock/metal festival featuring a top quality line-up of chart-topping artists, breaking new bands, great food and drink, and excellent amenities. http://amplifiedrocks.com
Situated in the glorious Cotswold countryside, Amplified is set to be one of the best events for festival goers this Summer. Confirmed acts include Puddle Of Mudd, Evil Scarecrow, Trapt, Diamond Head, Acid Reign and many more.

Festival organiser Gary Paterson said, “I can’t quite believe Amplified is almost here… I guess it just goes to show that hard work pays off, and with the support of good friends and colleagues in planning your dream, anything can happen.”Paterson, a well-known and respected promoter with over 20 years experience in the music industry, continues, “Whilst bringing chart-topping multi-platinum album selling rock bands from around the world here to the Cotswolds, we’ll also showcase some of the best up n’ coming acts of the rock/metal scene from not only here in Gloucestershire but from all regions of the UK. Expect a few surprises and get ready to get Amped in 2017!”

Confirmed acts so far (headliners and more to be announced):

The upcoming SpiteFuel album “Second To None” will be released on MDD Records on April 7th. The band also publishes the cover art for which Travis Smith (Nevermore, Iced Earth, Opeth) is responsible. The album will contain 11 songs of high-class Heavy Rock with a total playing time of over 45 minutes and will be available in a noble DigiPak.

Recorded and produced was the debut album in the Troisdorf-based Gernhart Studio (Tankard, Destruction, SuidAkra) under the direction of Martin Buchwalter.
A first pre-taste for the long awaited album is already available with the single “Sleeping With Wolves” released in December, which is available with some bonus content as download for only 2 Euro on the Bandcamp page of the Quintet.