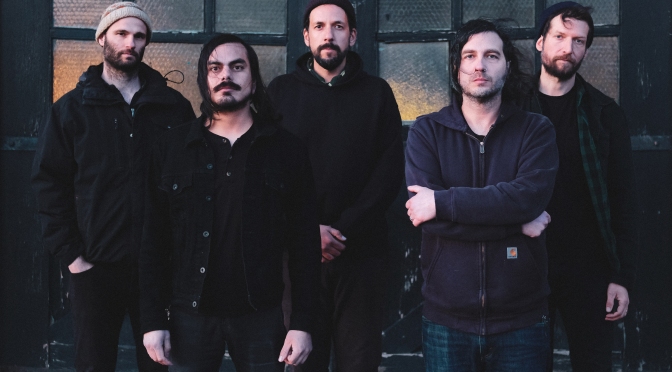 With their new album “The Shape of Everything” released next week on Pelagic Records, U.S ‘doom pop’ outfit SOM have shared the new video for the dreamy post-metal track ‘Center’, directed by Samia Zaidi. Will Benoit from the band comments,
“‘Center’ was one of the first songs we worked on as a band remotely during lockdown. The vocals were originally written for another project that ultimately got shelved, but I really liked what I had come up with and couldn’t just leave them on a hard drive to die. The chorus has this anthemic, almost pop hook, but if you read the lyrics and look under the hood, the song is much darker. I love songs that present themselves one way on first listen, but can take you somewhere completely different the more you pay attention. I felt like there was room on The Shape of Everything to explore a slightly different tone like this one, but outside the vocals, I honestly had no vision for where it could be taken musically.  So we tried an experiment: can the band write music around an existing vocal? Particularly in a time when we couldn’t all be in the same room anyway, it seemed like a good time to try out a different approach. I sent the isolated vocal tracks to everyone on top of a simple drum beat. Joel and Justin went back and forth developing the instrumental melodies and dynamics until we settled on this big dirging riff that really only changes to make the verses drive harder. Mike added lush, drippy guitars over the top and brought the whole thing to life. It took a lot of Zoom calls and sending flles back and forth, which probably made this the most challenging song to finish on the album — both lyrically and musically — but it’s heavy, it’s pretty, and it accomplishes a lot of what I hope to accomplish with SOM all inside of a 4-minute song.”

END_OF_DOCUMENT_TOKEN_TO_BE_REPLACED

London doom pop group, the Courtesans, have released a new video ahead of Wednesday 13 shows and announced more dates for their UK headline tour.

‘Feel The Same’ is the second music video to be taken from their current release, following ‘Mesmerise’, and lands ahead of UK dates in support of Wednesday 13 this October, and a UK headline tour this November and December.

END_OF_DOCUMENT_TOKEN_TO_BE_REPLACED 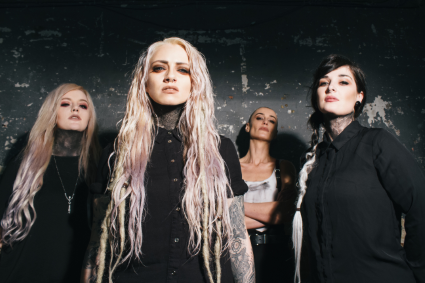 Rising stars Courtesans have been invited to perform live at the UK’s number one metal festival, Bloodstock Open Air, at Catton Park, Derbyshire this Summer.  Courtesans play the Sophie Lancaster stage on Sunday the 13th of August 2017.
Demonstrating musical diversity and making waves with their forthcoming new EP ‘Better Safe Than Sober’, this extraordinary band joins an extraordinary bill which includes Amon Amarth, Megadeth, Skindred, Arch Enemy, Hatebreed, Testament, King 810 and many more.
Courtesans vocalist Sinead La Bella says, “To perform at Bloodstock is incredible exciting. It’s a huge honour to play the Sophie Lancaster Stage, her legacy is at the heart of our ethics. We are advocates of equality and have a zero tolerance to any form of prejudice. We hope to raise a few eyebrows and stir some s**t up!”
Ahead of the release of their EP ‘Better Safe Than Sober’, Courtesans are streaming a new track, ‘Knowhere’:
https://www.youtube.com/watch?v=Cd3hQMKHAiw
‘Better Safe Than Sober’ drops on the 31st March and is available to pre-order now.
Courtesans live:
1st April – Manchester, Ruby Lounge
5th May – Brighton, Green Door Store
3rd June – Sheffield, Mosfest
23rd July – Gloucester, Amplified Festival
13th August – Walton On Trent, Bloodstock Festival
#darkartconspiracy #metal #music #news