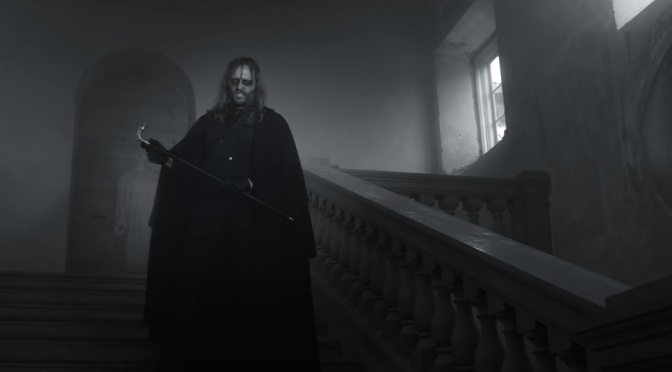 Sweden’s TRIBULATION launched the second single “Hour of the Wolf” from their upcoming album “Where the Gloom Becomes Sound”, which will be released via Century Media Records (worldwide excluding North America) on January 29th, 2021.

Watch the video directed by

TRIBULATION commented: “The Hour Of The Wolf is upon us! Feast your eyes on this, the second single of our upcoming album…”.

TRIBULATION entered Linus Björklund’s Studio Ryssviken in April and exited (informally) nearly two months later. The group – guitarists Adam Zaars and Jonathan Hultén, Johannes Andersson (vocals/bass), and Oscar Leander (drums) – used the first 10 days of their studio time to rehearse. Once the bone-oil had sufficiently run its course, the group and co-producer Jamie Elton started to hammer into the rudiments of the recording process. Elton, who also serves as TRIBULATION’s soundman and is a long-time friend, took the reins from Martin Ehrencrona, who helmed the 2018 Down Below sessions. Together, they crafted a well-appointed production, one that’s luxuriously grim and auricularly inviting. “Where the Gloom Becomes Sound” was then given to Grammy-nominated producer Tom Dalgety (Ghost, Rammstein) to mix at Psalm Studios. Once the mixing was finished – Dalgety would send over versions from his studio in Wales – TRIBULATION re-enlisted Magnus Lindberg at Redmount Studios in Stockholm to master.

“Where the Gloom Becomes Sound” is also available for pre-order in its various formats below!