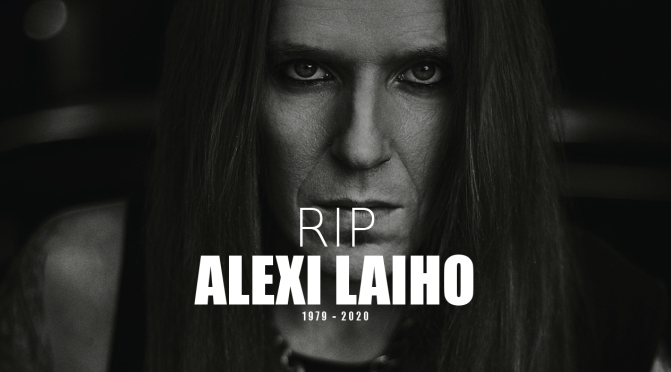 Sad news to report today. According to finnish news Iltalehti today , the guitarist Alexi Laiho (Children of Bodom , Warmen & Bodom After Midnight) has passed away.

A message released from rest of the Children Of Bodom this morning reads as follows:

“Children of Bodom, died in his home in Helsinki, Finland, last week. Laiho had suffered from long-term health issues during his last years.More than 25 years of friendship. We lost a brother. The world lost a phenomenal song writer and one of the greatest guitarists of all time. Memories and Alexi’s music will live forever.Our thoughts are with Alexi’s family during this difficult time. -Henkka, Janne and Jaska”

Our deepest condolences to his family, old and new bandmates.