After 25 years on the international stages, Anneke van Giersbergen is more active than she has ever been. That’s why her efforts have been recognised with the Buma ROCKS! Export Award, which she will receive on June 1st during metal festival FortaRock in Nijmegen, the Netherlands.

Buma Cultuur supports and promotes Dutch music copyright in both The Netherlands and key export markets for Dutch music. Each year Buma Cultuur presents a number of special awards to Dutch artists for their achievements. This year, the Buma ROCKS! Export Award for the most successful Dutch artist abroad in heavy music will be awarded to Anneke van Giersbergen.

Frank Helmink, director of Buma Cultuur: “Anneke is a household name in the rock and metal world. With The Gathering she connected metal with melodies from progressive rock. She was one of the founders of the female-fronted metal movement, which is still emulated worldwide to this day. As a solo artist and with her guest appearances she has managed to attract a loyal audience, from the heart of Brabant, the province where she was born, to well into North and South America. Add to that the fact that her voice and performance are instantly recognizable across the globe, and it’s abundantly clear that the Buma ROCKS! Export Award belongs to her.”

Anneke: “I am not particularly fond of looking back, but I do think a successful 25-year career is worth celebrating. I have always been driven by my love for singing and music, I don’t care that much about recognition. That is why I was very surprised and honored to receive this award.”

FortaRock takes place in Goffertpark, Nijmegen the Netherlands on June 1st and 2nd. Anyone with a weekend ticket or a ticket for Saturday June 1st can attend the presentation of the Buma ROCKS! Export Award to Van Giersbergen.

On November 19th, 1994 Anneke performed for the first time on stage with The Gathering. It marked the beginning of her professional career. On November 16th and 17th, 2019 Anneke will celebrate this anniversary with two exclusive shows at Effenaar, Eindhoven the Netherlands. She will perform a career-spanning setlist together with musicians from her solo band and VUUR. She will also be joined on stage by Daniel Cavanagh (Anathema), as well as Kamerata Zuid string orchestra.

The show on November 16th has already sold out, there are still some tickets available for November 17th.

In late 2018, Anneke released ‘Symphonized’, an 11-track live album record at two career-spanning concerts alongside Residentie Orkest The Hague, which saw solo tracks as well as compositions from VUUR, The Gentle Storm and The Gathering reimagined with the orchestra. Listen to the orchestral version of VUUR’s ‘Your Glorious Light Will Shine – Helsinki’ here: https://youtu.be/LzWAkj0uwfs

Anneke van Giersbergen’s new band VUUR are set to release their debut album, ‘In This Moment We Are Free – Cities’ on the 20th October 2017. Today they are pleased to release the new track ‘Freedom – Rio’, a song that Anneke co-wrote with Mark Holcomb of Periphery and VUUR’s producer Joost van den Broek.

You can listen to the song now here:

END_OF_DOCUMENT_TOKEN_TO_BE_REPLACED 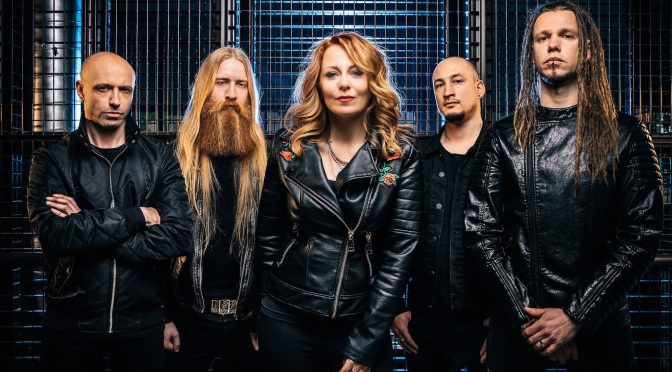 Anneke van Giersbergen’s new band VUUR are set to release their debut album, ‘In This Moment We Are Free – Cities’ on the 20th October 2017. Now they are pleased to reveal the official video for new single ‘My Champion – Berlin’, which you can watch now here:
https://www.youtube.com/watch?v=gAwDw5zXtLI

END_OF_DOCUMENT_TOKEN_TO_BE_REPLACED 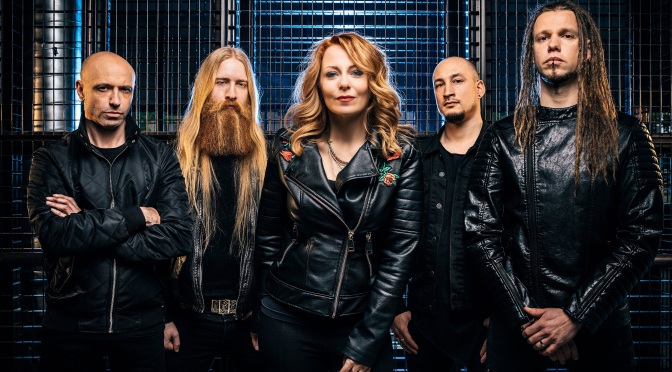 Anneke van Giersbergen’s new band VUUR have unveiled the cover artwork and tracklist for their forthcoming debut album, ‘In This Moment We Are Free – Cities’. The 11-track LP is due for release on October 20th via InsideOut Music and includes ‘Days Go By – London’, which the band released early June and can be heard here:https://youtu.be/Y3rT-X_zgOg

END_OF_DOCUMENT_TOKEN_TO_BE_REPLACED

Anneke van Giersbergen’s VUUR are pleased to announce the release of their debut album ‘In This Moment We Are Free – Cities’ for the 20th October 2017 worldwide through InsideOutMusic. Each track on the new album is named after a city that made an impression on Anneke while touring the world, and to celebrate the release they have launched a contest where fans can guess each of the locations featured on the album, and win exclusive and rare merchandise.

Head to http://vuur.insideoutmusic.com to take part.

Anneke comments:
“Often I have a strong feeling for a city where I perform. It can be anything, sometimes I visualize a city as a man or a character, or sometimes something happened in that city that I want to write about. All 11 songs on the album pay tribute to a certain city and with this contest we’d like to give our fans the opportunity to guess which cities will be featured on the album and win some unique items.”

The band also recently announced they will team up with Scar Symmetry for a short co-headline tour in December. Opening act for these exclusive shows will be My Propane.

Anneke had this to say: “We’re very excited to present our debut album live and hit the road this December. Scar Symmetry and VUUR will each be playing full sets every night. VUUR’s setlist consists of mostly new material, but the audience will get to hear some of my previous outings and collaborations as well”.

As well as this, in May 2018 Residentie Orkest The Hague will host an encounter with Anneke van Giersbergen. Both nights will feature a career-spanning concert with orchestral arrangements. The song selection will even include material from her yet to be released VUUR album.

Anneke comments: “It’s such an honor to be backed by these grand classical musicians with strings and brass interpreting my music. The material will be an interesting cross-section of my career. Some reworks will be a contrast from the original and some, for instance like the song ‘Travel’, will be given a treatment that is a logical extension of the The Gathering’s original album arrangement. “

VUUR recently released ‘Days Go By – London’, the first track taken from their forthcoming debut album out later this year. 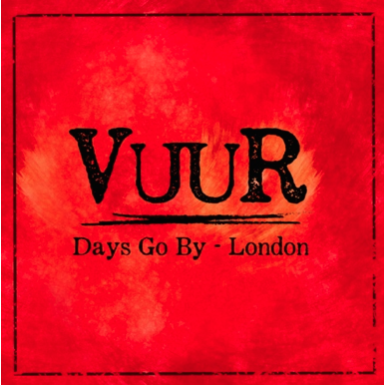 VUUR begin playing live this Summer, and have also been confirmed as main support to EPICA in late 2017. You can find the full list of confirmed live dates below:

VUUR as main support to EPICA

Look out for more information in the coming weeks!

In 2016 renowned Dutch vocalist Anneke van Giersbergen announced the formation of a brand new progressive metal group under the name of VUUR. The band debuts ‘Days Go By – London’ with an album track video and digital release. This song is the first track taken from VUUR’s debut album, which has yet to be named, due in the fall of this year.
Anneke comments: “The lyrical content of the album is inspired by the many cities I have visited while being on the road. The song ‘Days Go By – London’ is about The Great Fire in 1666. The lyrics are written from the perspective of the element of Fire, threatening Londoners to wipe them out, but the song is also about hope. Even in the darkest of times, the sun will rise.”