“This is a band who do what they want, dress how they want and sound how they want” – RAMzine
“Be prepared to have your world shattered” – All About The Rock

Following the release of their acclaimed debut album ‘1917’ and last year’s successful Pledge Music campaign, this coming March sees the release of Courtesans stunning new E.P. ‘Better Safe Than Sober’.
Blending dark pop smarts with industrial subtleties and combined with a grunge-esque rock, trip-hop landscape; Courtesans new E.P. is one of the first unique sonic amalgamations to be heard in 2017.
Listen to ‘Mesmerise’ here:
Hailing from London, England, the four members of Courtesans come together as one to deliver songs that shake up establishments, break down walls and fearlessly dare to be different amongst a plethora of carbon copy carnage.
Dark meets light, disturbing yet liberating; the five tracks on offer serve to be devoured and are the sound of a group set to soar. 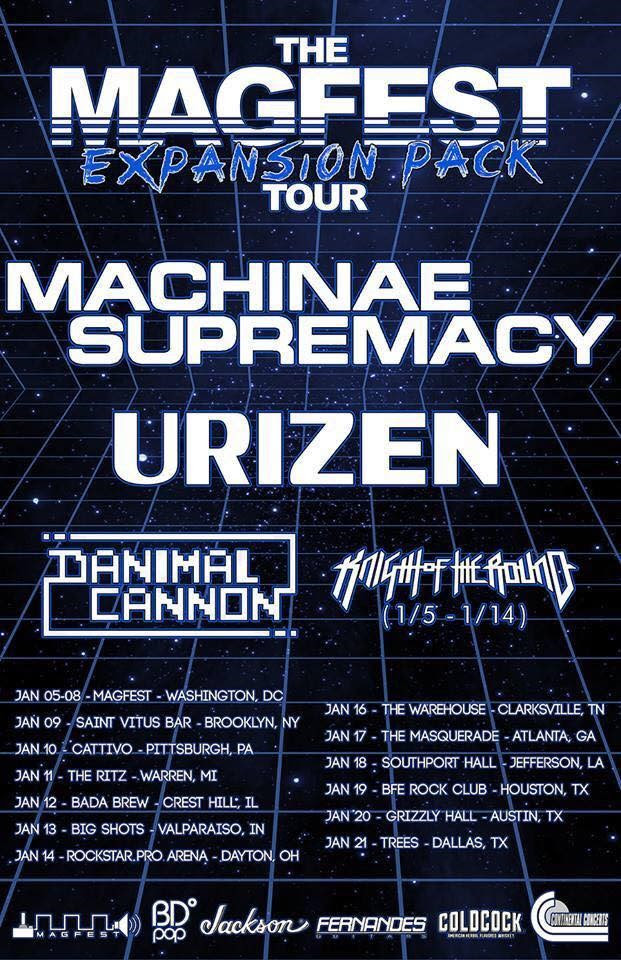 2017-01-02 – On Saturday, symphonic death metal masters, FLESHGOD APOCALYPSE, will kick off their first European headline run at Backstage, Munich (D)! The Italians will bring a brand-new show for this upcoming trek. Support will come from Dutch horror metallers CARACH ANGREN and also Italian-based symphonic death metallers in NIGHTLAND. This unique live experience shouldn’t be missed – grab your tickets now! All dates can be found below!

Check out the tour trailer:

Hailing from the state of Texas, the band will be touring Japan and Taiwan during January 2017.

“Let’s get one thing straight: We’re only writing this because we have to, because we’ve been told it’s the right thing to do, to move on up in the industry. Fuck that shit. We’ve never been the kind of band that does things the right way, and that’s why three and a half years into this ride we still don’t have a goddamned band Facebook or band tweeter. We have better things to do than talk about ourselves. Not doing things the right way means that the Slugs have done it all wrong… right? We spent our time digging for killer riffs, consuming P.B.R. by the gallon, even touring Japan before our home country, all on top of releasing at least an album a year. So far. Do you even know how many amps we’ve had to bury in our quest for eternal tone? Do you wanna see the amplifier graveyard? It’s sick. One could say the Slugs are an avant-garde heavy metal collective, which sounds pretentious ~as fuck~ but is actually closer to the point. Hell sometimes we resemble a gang more than a band. This dude tried to rip us off for some T-shirts once so we showed up at his house and collected. Around that time we were working (or finished?) our first album, a softy we called Evelyn McHale’s Psychedelic Freakout… A macabre reference to a most infamous suicide. Google that shit. Even though we don’t play off it anymore, the Freakout ages like fine wine or acid. After we got over Evelyn we started writing mad riffs and soon enough found ourselves at the house recording a 14-track crusty slab called Fistula Missile. We blew out the mix and never looked back. That album is a prime example of an eclectically lo-fi piece of sludge punk that sounds like crap but beats with a heart of gold. Check out the track 1,000 Dead Hipsters. It’s a favorite. This was the time of the Party-Slugs, when we still got invited to play at peoples’ houses, our shit stacked to the ceiling. The cops made sure that didn’t last long. We don’t play houses anymore… So, feeling unloved, the Slugs retreated back into our den where we concocted our third full length over the transitional period of ’14 to ’15, a decidedly depressing and downright bleak drone affair entitled 1950DA. That’s the name of a real life asteroid with the highest probability of smashing into Earth somewhere around the year 2800. ~Shout-out~. Yadda yadda yadda somewhere along the way we collectivized ourselves and started releasing shit as a label, Heavy Baby Records, putting out CDs and tapes for our friends and scene comrades and yadda yadda yadda the Slugs eventually yielded a 7″ single… Currently we’re following that badboy up with Teenage Graveyard Party, a four-song slammer of an EP that we are pressing onto some sick clear 10″ wax along with a limited run of Japanese-pressing CDs just in time for us to once more ravage the East in January 2017. Thus is the story of the Slug so far.”