END_OF_DOCUMENT_TOKEN_TO_BE_REPLACED

Portland, OR ‘Street Doom’ quartet R.I.P. is streaming their forthcoming sophomore album Street Reaper in full ahead of the release date on the 13th October. Hear and share the full album on YouTube and Bandcamp.

When R.I.P. came crawling out of the sewers of Portland, OR last year, their grimy, sleazy Street Doom was already a fully formed monstrosity that quickly infected the minds of everyone it encountered. Now, borne from the band’s declining state of mental health and increasing focus on songwriting, Street Reaper is an even more unhinged and menacing album than their 2016 debut In The Wind.
Borrowing equally from 80s Rick Rubin productions and Murder Dog magazine aesthetics, Street Reaper is a streamlined, yet brutally raw manifesto of heavy metal ferocity hearkening to the era when both metal and hip hop were reviled as the work of street thugs intent on destroying America’s youth.
Throughout, Angel Martinez’s guitar and John Mullett’s bass are inextricably interlocked, sounding like a massive sonic steamroller, while drummer Willie D keeps the beat solid and simple for the most powerful impact. And, the band’s extensive touring and excessive virgin sacrifices have clearly endued singer Fuzz with evermore agile vocal chords to drive it all home with extreme precision.
Operating on the belief that doom is not tied to a tuning or a time signature, but rather a raw and terrified feeling, R.I.P. eschews well trodden fantasy and mysticism tropes of the genre and focuses on conveying the horror and chaos inherent in the everyday reality of the human mind. With several years of touring under their heavily studded belt, R.I.P. has distinguished themselves from the interchangeable hordes of bands trying to play heavy metal by crafting an aesthetic and a sound all their own, focusing on the things that make metal heavy rather than adhering to the formulaic confines of a particular sub-genre.
Street Reaper opens with the knockout punch of “Unmarked Grave” and the rest is just sheer bludgeoning for bludgeoning’s sake as the album echoes the grimy vibe of legends like Saint Vitus, Pentagram and Motorhead, with the no b.s. aesthetic of the early Metal Massacre compilations.
Street Reaper will be available on LP, CD and download on October 13th, 2017 via RidingEasy Records.

END_OF_DOCUMENT_TOKEN_TO_BE_REPLACED 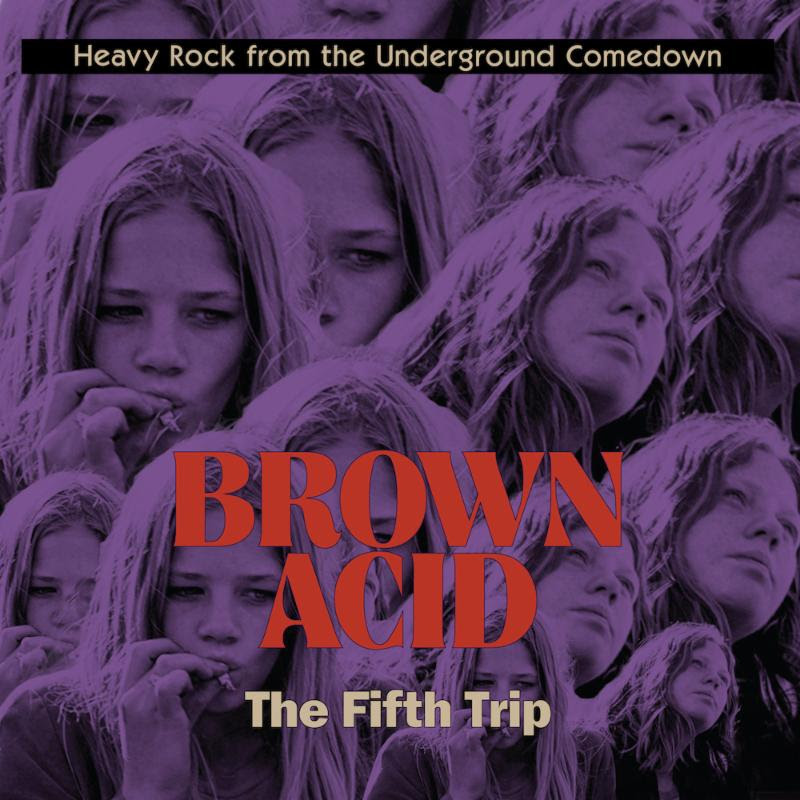 We’re back! And the hits just keep coming. For the fifth lysergic journey, we’ve assembled 10 heavy slabs of obscure rock the likes of which have never been seen before… not in this form anyhow. And as usual, the tracks from these impossibly rare records have all been fully cleared through the artists themselves. We’ve gone to great lengths to get the best possible master sources, the worst case scenario being an original 45. ‘Cuz it ain’t worth doing unless you do it right.

END_OF_DOCUMENT_TOKEN_TO_BE_REPLACED

Canada’s award-nominated psych 6-piece Shooting Guns premiere the video for the title track from their new album Flavour Country today via Metal Insider. Watch and share “Flavour Country” HERE. (Direct YouTube.)
Hear & share the entire album via Bandcamp and YouTube (either link cleared for posting.)
Shooting Guns is known (and oft-nominated) for their film soundtrack work, but Flavour Country is more like a collection of anthems for your jettison from this universe into the multiverse.
While they’re known for heavy and saturated sounds befitting crazed horror-comedy flicks like Netflix hit WolfCop, Flavour Country features some of the band’s fastest, heaviest and most visceral material to date. Yet, it also features some of the band’s most atmospheric sounds as well.
At times there are slight hints of Ennio Morricone‘s Spaghetti Western twang amidst the looping Meddle-era Pink Floyd heavy psych and driving drone reminiscent of Bobby Beausoleil‘s belladonna laced soundtrack to Kenneth Anger‘s Lucifer Rising. But for the most part here, Shooting Guns is out for blood, regardless of tempo.
Album opener “Ride Free” kicks off with a blistering wall of guitars blaring and rattling out of the gate like mutant progeny to fellow Canadian biker-rock heroes Steppenwolf having duly fired all of the guns, exploded into space and returned to hunt down every last one of us. It accelerates from there: “French Safe” sounds like an unhinged battalion of musicians driving full throttle like a scene from a George Miller Road Warrior movie. Biting, lengthier tracks like “Simian Shelf” and the title track occupy the heavy end of the psychedelic spectrum, haunting the foggy moor between early, bluesy Sabbath-styled doom riffery and heavy pulse-riding kraut-rock.
Flavour Country is the first album recorded by the band themselves at their own Pre-Rock Studios in Saskatoon, SK, located in the middle of the Canadian prairies. The album title’s spelling is itself a nod to the band’s Great White North homeland. The album was mastered by John McBain (ex-Monster Magnet, Carlton Melton), who also mastered the band’s previous RidingEasy releases.
Shooting Guns have toured over 60,000 miles across Canada over the past 7 years but have yet to tour Internationally, which will be a big focus for them after this release. They are touring their live score to F.W. Murnau‘s Nosferatu across Canada throughout 2017 and also just finished scoring the soundtrack to Another WolfCop (sequel to WolfCop), which is slated for a US theatrical release in September 2017. Their sophomore LP, Brotherhood of the Ram, released in 2013 through RidingEasy Records was nominated for the 2015 JUNO Metal/Hard Album of the Year as well as the Polaris Music Prize. Their debut LP, Born To Deal in Magic: 1952-1976, was also nominated for the Polaris Music Prize in 2012.
Flavour Country is available on LP, CD and download as of August 11th, 2017 via RidingEasy Records.