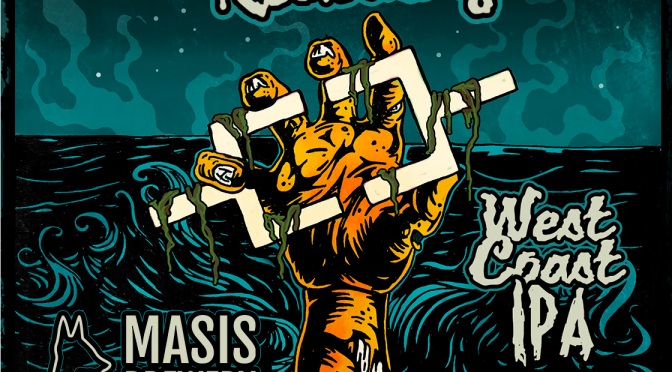 Espoo-based small brewery Masis Brewery and Omnium Gatherum have collaborated to make an IPA beer called Reckoning, which will go on sale this week. The landmark event will be celebrated tomorrow, Tuesday, August 9, at the Roudaribaari IHME restaurant (Kaisaniemenkatu 3 A, Helsinki ) from 6 p.m., and you are also invited!

The IPA selected with Pieteet can already be found this week in several rock-oriented catering establishments, such as Kotka’s Sam’s Pub and Helsinki’s The Riff, and bigger festival goers can be spent on Thursday at the Dark River Festival, where Omnium Gatherum will be seen as the main performer of the evening.

In the spring of 2022, Masis Brewery’s Väiski Syväoja and Omnium Gatherum’s Jukka Peltonen ended up discussing beer, and based on the discussion, the idea for the band’s own beer was born. The beer was designed together between the brewery and the band, and a west coast-style IPA was selected as its style.

“Metal music is close to my heart, and that’s why it was great to be able to design a beer together with Omnium Gatherum,” says Janne Palo, the main owner of Masis Brewery and responsible for beer production. “The beer was made using American hops, which gave the taste world a pleasant fruity and bitter taste.”

Omnium Gatherum’s singer Jukka Pelkonen has been actively involved in the beer design process. “What would be more awesome than opening your own band’s beer after the gig”, thinks Pelkonen. “The name of the beer was chosen from our songs Reckoning, which is from our latest album Origin .”

After Dark River, Omnium Gatherum will next be seen live at the 25th anniversary of the legendary Summer Breeze festival in Germany on August 18.