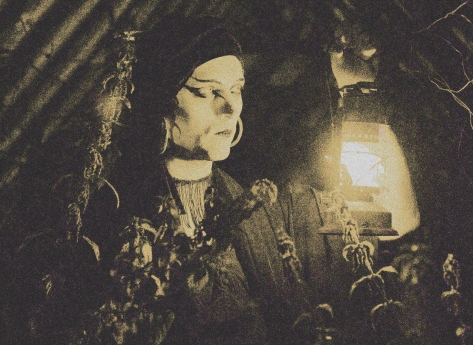 JONATHAN HULTÉN, the darkly enigmatic Swedish Grammy-winning songwriter has premiered the second single, “Wasteland”, from his debut solo album Chants From Another Place, due for release on Kscope on 13th March.

Following on from the release of his first single “The Mountain”, Hultén explains the song’s theme ”Wasteland” is a way for me to put music to those vast stretches of barren landscape that exist in our hearts, the ones we have to cross during times of trials and tribulations. We don’t have any other choice but to walk those miles by ourselves in the night, until we eventually might start catching glimpses of a new dawn behind the horizon.”

The single for “Wasteland” is accompanied by an animated lyric visualiser based on artwork featured within the album, created by Jonathan Hultén himself.

The musical inspiration for singer/songwriter Jonathan Hultén’s debut album Chants From Another Place is drawn from acapella folk and church choir compositions. Throughout the album, tales are weaved and musical influences collide as Hultén draws comparisons to artists including Nick Drake, Sufjan Stevens, Wovenhand and Fleet Foxes, as well as traditional folk artists such as John Martyn right through to his contemporaries in Anna Ternheim, José Gonzales, Anna von Hausswolff Chelsea Wolfe & Hexvessel.ch

Chants From Another Place will be released on CD, LP & digitally and is available to pre-order HERE

LISTEN TO A TASTER OF “CHANTS FROM ANOTHER PLACE” HERE

HULTÉN will join CHELSEA WOLFE on tour, opening for her ‘Birth Of Violence’ acoustic tour in the UK & Europe in March 2020. “The live show is focused on reproducing the mystical state of mind in which the songs themselves were created,” he says. “Incense and lights that follow the music are the keys and draws you into the tranquil yet sometimes dramatic world that Chants From Another Place inhabits. Like watching a sunset; peaceful, sometimes kind of intense while also slightly psychedelic.”