Alcest, Birds in Row and Kælan Mikla played a sold out show at Tavastia in Helsinki on February 18, 2020. The intensity was solid through all three bands in very unique ways. Although Kælan Mikla suffered some show stopping technical difficulties, they put on a positively unforgettable show. Their dreamy and somewhat eerie aesthetic (including incense and glow wands) and chill but intense vibes set a unique atmosphere to start the show. Birds in Row shattered that with a full volume hardcore set that left me wondering how the light bulbs they used in their decor didn’t shatter. It was a very drastic switch genre wise and energy wise, but Alcest pulled it all together. They had a balanced mix of both chill, dreamy and crazy energy. The band seemed real present at the gig, into their music and connecting flawlessly with the audience. Although the gig was sold out, they made it seem like a much more intimate show, connecting everyone. They played mostly songs from the new album Spiritual Instinct but snuck in a few classics. Although they left me extremely content, I cannot wait to see them again at John Smith Festival.

Here are some photos from the evening: 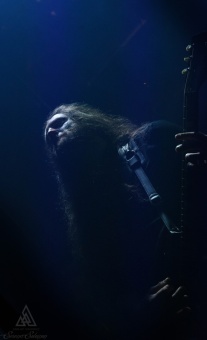 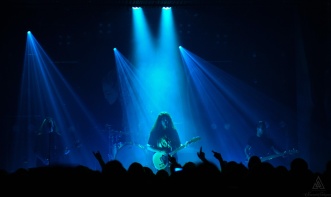