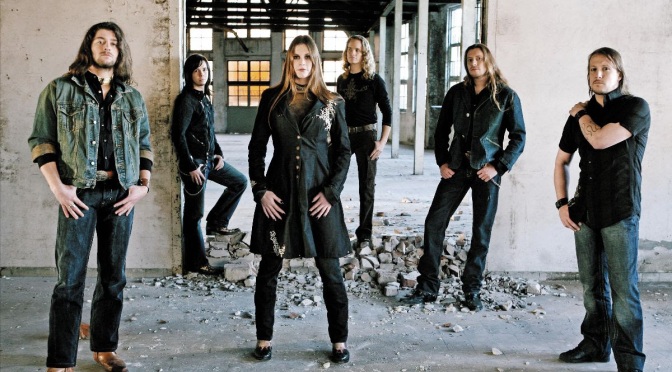 Symphonic metal masters After Forever are soon approaching the 15th anniversary of their self-titled swansong album After Forever (2007), and to celebrate this anniversary, the band will release a special re-issue of the album – completely re-mastered by Darius van Helfteren and featuring two rare Japanese bonus tracks. One track is the beautiful piano ballad ‘Lonely’ and the other a catchy progressive symphonic metal anthem named ‘Sweet Enclosure’, which has been released today.

The album will be released digitally, on CD and Vinyl.
Get After ForeverHERE in the format of your choice.

Singer Floor Jansen comments:
“I am very glad to see this album revamped and presented once again. I am still so proud of it and consider it our best work! It brings back happy memories to rehearsal sessions in extreme temperatures with good laughs and wonderful recording sessions in the middle of the Dutch countryside. Singing these songs live is something I will miss forever and rocking with our loyal fans too. Thank you for all the magnificent years

The iconic metal band from The Netherlands was formed in the mid nineties by the later Epica founding member Mark Jansen and guitarist Sander Gommans. The band split up shortly after their eponymous self-titled album After Forever in 2008. Keyboard player Joost Van Den Broek became a famous producer for Epica, Blind Guardian and many more, while singer Floor Jansen joined Nightwish and recently also the German TV show Sing Meinen Song (=Sing My Song); where the symphonic metal icon will join other artists in paraphrasing and interpreting each other’s songs.

Fans never forgot After Forever and even though their last album was released at a time before streaming was a thing, it has still gained over 15 million streams.