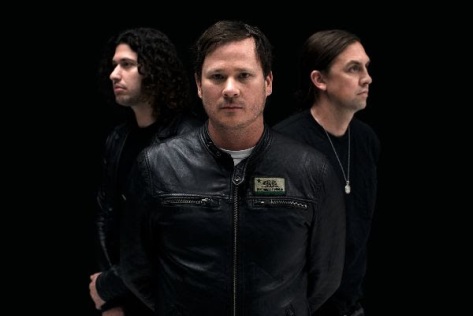 ANGELS & AIRWAVES have released a new video for hit song – ‘Kiss & Tell’ (Rise/BMG) – check the video HERE and below:

“The beginning of the song is really an ode to The Beach Boys,” says vocalist/guitarist Tom DeLonge. “It opens with three-part harmonies to create an introduction with multi-dimensionality. We wanted to create a sound that had electronic elements right alongside classic rock and pop punk melodic structures.  Lyrically, this song is specifically about balancing on the edge of a razor blade. Doing something you’re not supposed to be doing, and although you might die while doing it, it’s still very much keeping you feeling alive.”

DeLonge, a founding member of seminal pop punk band Blink-182, formed Angels & Airwaves in 2005. A year later came debut album We Don’t Need To Whisper, which hit No. 4 on The Billboard 200 and featured Top 5 modern rock hit “The Adventure.” 2007’s I-Empire followed, hitting No. 9 on The Billboard 200 and featured rock radio hit “Everything’s Magic.” In 2010, AVA released Love and a year later, Love: Part Two accompanied by a critically acclaimed film, Love, which was shown in 460 theaters nationwide during a one-night film screening and live-streamed concert event titled Love Live. The band’s last full-length album was 2014’s The Dream Walker, which hit No. 1 on iTunes and No. 5 on Billboard’s Top Alternative Albums chart.  A multimedia project, the album was accompanied by a graphic novel, comic books and a Blade Runner-meets Harry Potter short film, which won Best Animation at the Toronto International Short Film Festival.

The band has also been working on a new album, which would be AVA’s first collection of new tracks since 2016’s Chasing Shadows EP.