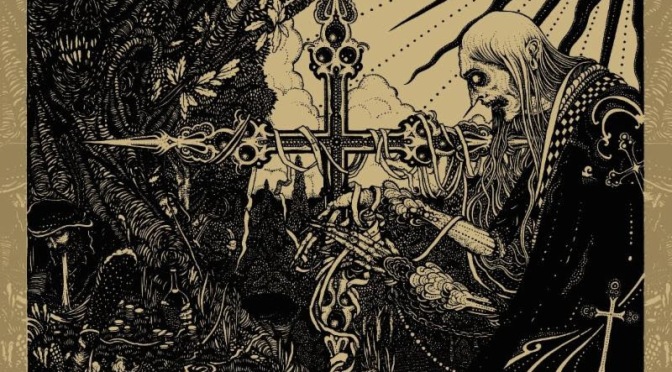 Extreme Death Metal Group ABHORRENT DECIMATION Debut New Track, “Granted Indulgence”
Pre-Order New Album, The Pardoner, Here
Out July 28, 2017 via Prosthetic Records
UK-based extreme death metal group ABHORRENT DECIMATION will release their upcoming dynamic, cutting edge modern death metal album, The Pardoner, on July 28, 2017 via Prosthetic Records. Pre-orders are available now via http://smarturl.it/AbhorrentDecimation.
Following up to the release of the music video for “Conspire“, ABHORRENT DECIMATION just dropped their new track, “Granted Indulgence” via lyric video. Watch here: https://youtu.be/6RtgDjieTGc
Conceptually, the new album is an in-depth exploration into “The Pardoner“, English poet Geoffrey Chaucer’s most depraved and deceitful character from The Canterbury Tales. “The Pardoner” is a religious fraud and hypocrite who preaches against the love of greed, yet whose own love of wealth enabled him to profit off the sins of others. He claimed to work on behalf of the clergy, selling spiritual forgiveness for one’s sins in the form of his pardons, which included forged “official letters” from high ranking church officials absolving one of their sins and bones and crystals blessed with healing powers. In Chaucer’s story, “The Pardoner” tells a harrowing tale of three men whose materialism becomes the death of them.
Vocalist Ashley Scott commented about the new track: “We are really pleased with how this one came out. “Granted Indulgence” is such a pivotal point in the story too, so it was really important to us that it stood out. In the story, “Granted Indulgence” is the point at which our three men take to the woods in search of “Death”. A right horrible git, who has taken the lives of men, women and children in their village. Instead of finding “Death” in the deep dark woods, they find a sea of treasure. It is at this point, the three men, so overwhelmed at this life changing find, they begin to conspire against one another.”
The Pardoner was recorded, mixed and mastered by bassist David Archer at Audio Empire. The intricate artwork for The Pardoner was created by German illustrator Karmazid, based on a visual concept by Vocalist Ashley Scott.
ABHORRENT DECIMATION upcoming tour dates:
28/07/17 READING The Facebar (OFFICIAL ALBUM LAUNCH)
29/07/17 LONDON The Unicorn (LAUNCH PARTY)
10/08/17 LONDON The Underworld (w/WHITECHAPEL)
12/08/17 BLOODSTOCK OPEN AIR
23/09/17 LEEDS Temple Of Boom UK SLAM FEST
07/10/17 BRIGHTON Mammothfest
20/10/17 GLASGOW TBA
21/10/17 MANCHESTER TBA
31/10/17 YORK The Fulford Arms
05/11/17 LONDON Boston Music Rooms
17/02/17 CARDIFF ChaosFestival 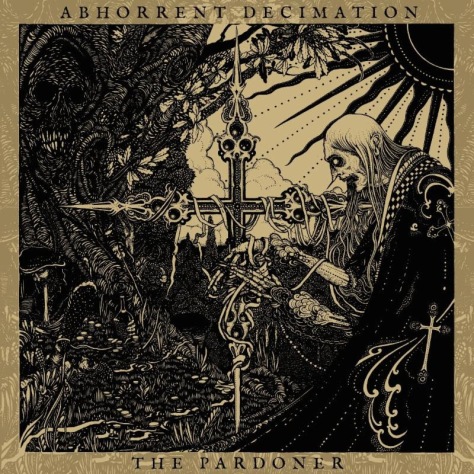