THE CASUALTIES have announced the departure of frontman Jorge Herrera due to growing tired of the strains of life on the road. The band will fulfill all previously announced dates including the European festival tour in August. The band’s longtime friend David Rodriguez (STARVING WOLVES, KRUM BUMS) will be handling vocal duties.

THE CASUALTIES comment: “Attention, Casualties Army! After 27 years of performing with the band, Jorge has chosen that touring life is no longer for him. With that said, we will carry on. As anyone who follows us knows, the name THE CASUALTIES is stronger then any one member. The songs written in basements throughout New York City shall continue to ring loud. We will continue our commitment to the Casualties Army! We will tour and put forward new anthems for many more years to come. When we said ‘it’s a f*cking way of life’ back in the beginning, we meant it.”

A full list of all currently confirmed tour dates can be found below. More UK dates will be announced soon.

THE CASUALTIES are performing in support of their latest full-length ‘Chaos Sound’. Artwork and track-list are shown below. 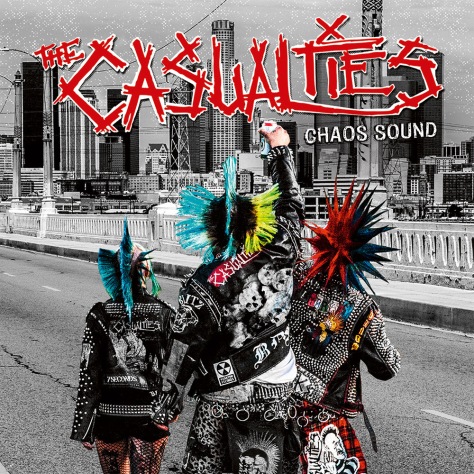