Electric Citizen announce UK & EU festival and headlining tour dates for Spring 2019 in support of their recently released third album Helltown (RidingEasy Records.) They kick off the overseas trek with performances at the inaugural Psycho Smokeout Festival in Los Angeles on April 20th and DesertFest in Brooklyn, NY on April 27th. Please see all dates below. Full size poster HERE.

Dangerous Minds recently premiered the video for “Hide It In The Night” HERE. (Direct YouTube.) Noisey recently shared the full album stream of Helltown HERE. (Or, listen via YouTube.) Bandcamp Daily named it Album of The Day HERE.

Helltown, the third album by Electric Citizen is, in many ways, a homecoming. While the title may seem fittingly metal (if not exceedingly so), it actually has real relevance. Helltown (all one word), while also multidimensional, is named after the Cincinnati, OH neighborhood in which the band lives, practices, and where the album was written, recorded and mixed. Now known more prosaically as Northside, Helltown earned its name in the 1800s due to its reputation for rowdy taverns frequented by the neighborhood of factory workers and immigrants.

Inasmuch as Helltown is an ode to the band’s home and its buried past, it also represents a return to the grittier sound of their 2014 debut, Sateen. Furthermore, it marks the return of original bassist Nick Vogelpohl, who rejoins vocalist Laura Dolan, guitarist Ross Dolan and drummer Nate Wagner. It’s a fun, tough, dirty rock n’ roll album. 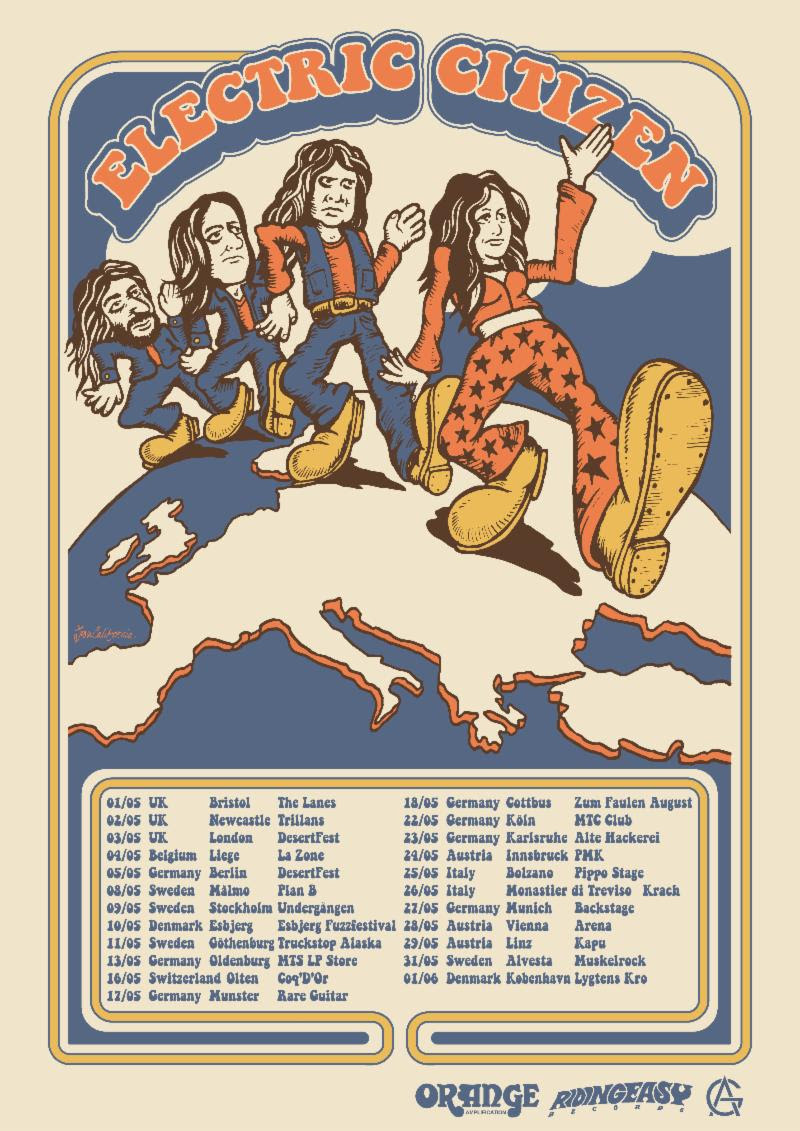