The Sacramento-based quintet GRAVESHADOW – who deftly mix symphonic/gothic metal with elements of doom, thrash and epic progressive power metal – have released a riveting new track from their forthcoming M-Theory Audio debut, Ambition’s Price, due out April 13. The song “Doorway To Heaven” can be heard at this location:

Says vocalist Heather Michele, “When the music for the song was completed, it brought to me feelings of adventure and mysticism. I was reminded of the film “Stargate” from the ’90s and based the lyrics off of that. The odd yet compelling combination of ancient Egyptian imagery with a sci-fi twist has been a favorite of mine for years. It was only a matter of time before we included this tale in our catalog.”

“Doorway To Heaven” – which is also now available digitally for stream or download at iTunes, Spotify, Bandcamp and other platforms – marks the second advance taste of Ambition’s Price. Last month, the group released a lyric video for the new song “Widow and the Raven,” which can be seen at this location – https://youtu.be/sjGsEINzJys A music video for a third song was filmed last week and will premiere closer to the album’s release.

GRAVESHADOW will perform the new songs live next month when they hit the road for a string of West Coast dates with the Norwegian gothic metal act Sirenia and Canada’s Threat Signal. The group, who just played a successful show in their native Sacramento alongside Iced Earth, has also announced a hometown acoustic performance at Dimple Records (Arden Way location) on Record Store Day, April 21. A local record-release show will take place later that night at The Boardwalk. 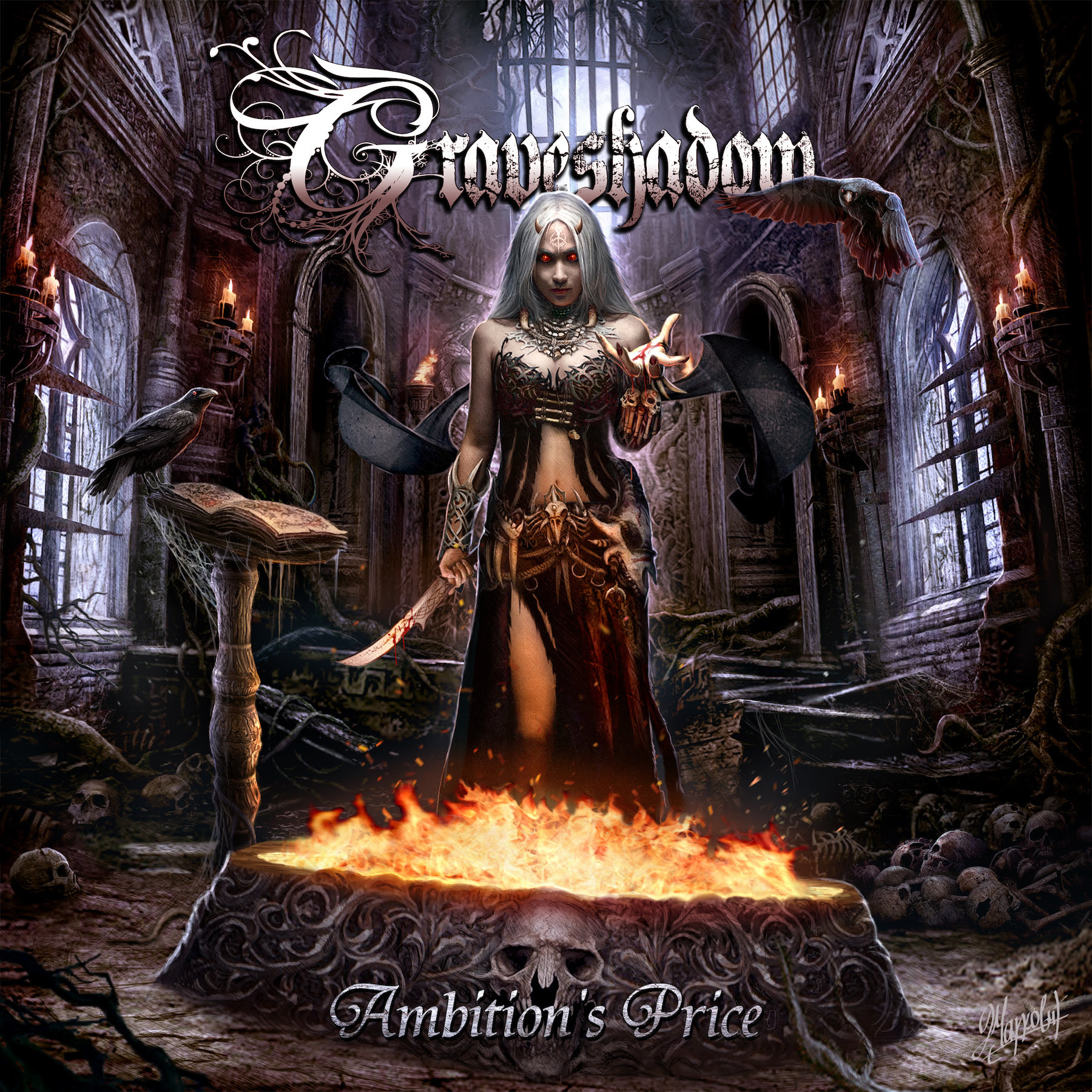 “The album title and artwork were directly inspired by events that occurred within GRAVESHADOW over the past few years,” explains the band. “With all the incredible experiences that have come with the evolution of our musical family, a great deal of sacrifice has been given by every member of the band in the pursuit of our dreams. Though the price of our ambition still weighs heavy in our hearts, we are proud of what we have accomplished with this album and are excited by what the future may hold.”

“Ambition’s Price” – the follow-up to the group’s 2015 debut, Nocturnal Resurrection – features Michele’s powerful vocals that range from operatic highs to unearthly growls backed by crushing guitars, beautiful keyboard melodies, thundering bass, and earth-shattering drums creating a rich and dynamic atmosphere that is ripe for storytelling. Whether it is a tale of personal struggle or of fantastical creatures, the listener is sure to find themselves immersed in a world apart.

Having previously toured with the likes of Arkona, Anvil, Night Demon and Unleash The Archers, GRAVESHADOW is poised and ready to leave a lasting impact within the metal community. With an electrifying stage show and a sound as large as the Dragons of Westeros, they are as talented as they are unforgettable.