“Has elements of Karnivool‘s love of delay pedals, the spastic stylings of The Mars Volta, and maybe a touch of the vocal work you’d heard in 3. So everything good about progressive rock, basically!” — Metal Injection
“An interesting beast that defies easy categorization. Fans of quirky, tight bands with lots of attitude and nuance like Biffy Clyro and Dredg should find a whole lot to like here.” — Metal Sucks
The Elephant Parallax premiere the epic closing track from their forthcoming EP Loam & Sky today via Metal Sucks. Hear & share “Incenfeminalgia II” HERE. (Direct Soundcloud.)
Metal Injection recently shared the hook-laden single “The Conscious” HERE. (DirectSoundcloud and Bandcamp.)
The Elephant Parallax is a heavy eclectic band native to Los Angeles. Its members include David Renteria on guitars, Stephen Charouhas on bass, and Paul Charouhas on drums. Vocals are shared by all members.
Loam & Sky is the sonic exploration of earthly lows and divine highs, the microcosmic space of thoughts and dreams, devastating loss, love, and ability to evolve through time. A paradigm-shifting, range broadening release that leaps forward into new sonic spaces for The Elephant Parallax. It was recorded at L.A.’s legendary Ocean Way Recording (Rolling Stones, Michael Jackson, Tom Petty) which contributes to the massive and classic sound of the songs.
David Renteria formed the concept for the band in 2007 as a musical symposium of united outcasts, and found Stephen and Paul to complete the group. The band started working on arranging complex and challenging material, with a frontiersman approach, where each member’s influences and musical personalities were explored. The group completed a demo in late 2007 entitled Apes Who Looked Up followed by their debut album, the Elephant Parallax, released in 2010. The band’s live performances showcase their diverse musicianship, intense energy, and raw passion forged and driven by sound, in full spectrum.
Loam & Sky will be available on CD and download on May 18th, 2018. Pre-orders are available HERE.
THE ELEPHANT PARALLAX LIVE:
06/14 Los Angeles, CA @ The Redwood 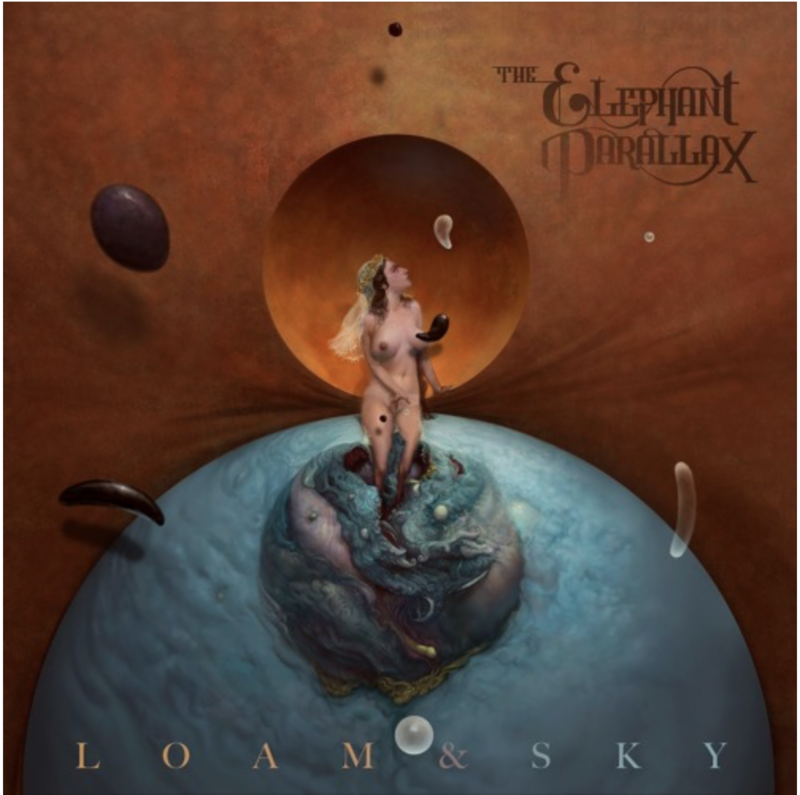