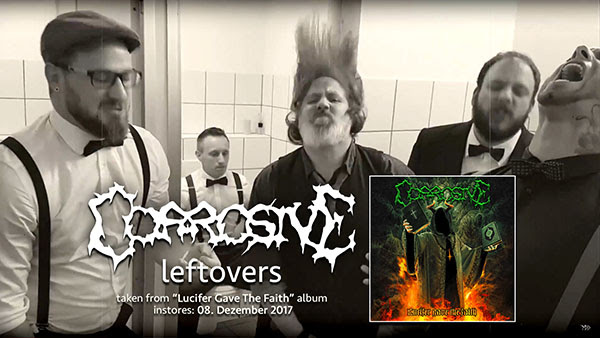 The new album from german death metallers Corrosive is just around the corner! “Lucifer Gave The Faith” will be released on December 8th and will feature 10 tracks with a running time of 45 minutes. You can find the complete tracklist below.

As a foretaste, the guys have now released their first track on YouTube titled “Leftovers”. This comes as a very special “Bathroom” video, which the band spontaneously recorded on September 9th this year at the wedding of their drummer and which is just too terrific to be unseen!

You can watch the video at this location: